PNP to roll out AstraZeneca vaccines for personnel on March 15 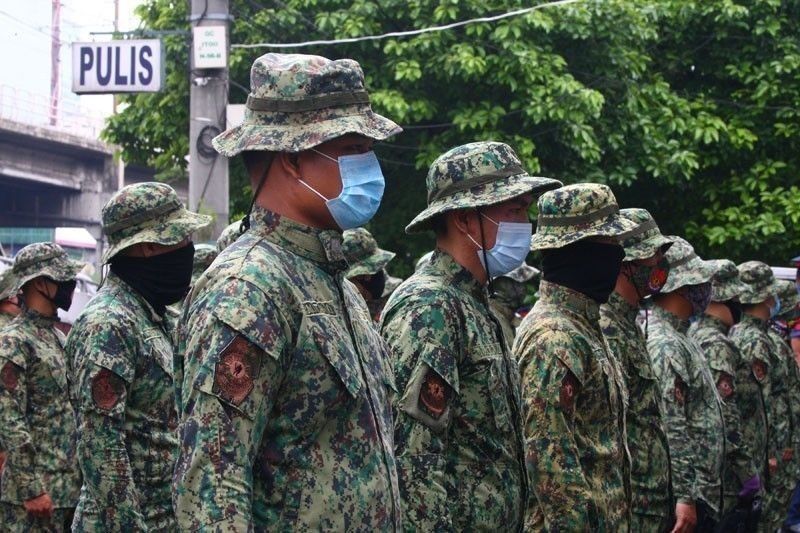 MANILA, Philippines — The country's police force will begin its rollout of AstraZeneca's COVID-19 vaccines to its members on March 15, its leadership said Sunday.

In a release, the PNP said it has secured 700 doses of the jabs, of which will be administered in two doses to 350 personnel.

Police Lt. Gen. Guillermo Eleazar said elderly health workers in the PNP will be prioritized, particularly those already with comorbidities. This, however, will only be for those in Metro Manila due to the limitated allocation.

“We will prioritize the remaining health care workers, including the non-medical staff of our hospital and isolation facilities," said Eleazar, who heads the PNP's Administrative Support on COVID-19 Task Force.

President Rodrigo Duterte has made sure that state forces — whom he has relied on heavily to carry out pandemic-related curbs — are included in government's vaccination priority list. In fact, members of his security group were the first in the country to be inoculated — albeit illegally — using smuggled Sinopharm vaccines as early as October 2020.

No person to date has been held responsible over the incident, with local regulators saying a probe into accountabality has gone nowhere.

Eleazar said over 80% of 219,000 PNP personnel said that they were willing to be vaccinated against the COVID-19.

In the same release, he said 1,196 health workers in the PNP were vaccinated with the Chinese-made Sinovac in the first week of March. Eleazar added that they have secured 1,200 more doses for their second dose that will be given 28 days after the first shot.

police figures showed that 12,162 cops have contracted the COVID-19 on the eve of the first year since they were tasked to implement the hard lockdowns.

The number of infected includes Gen. Debold Sinas, the PNP chief and who tested positive on March 11. Previously criticized to no actual effect for holding a birthday party last year during a lockdown, he is in hot water again after he skipped health screenings in Oriental Mindoro when he visited the province. He found out he he had COVID-19 later in the day.

Fatalities, meanwhile, are now at 33 after a Metro Manila cop died from acute respiratory failure secondary to pneumonia.

Eleazar said 849 remain as active cases and are in the PNP's isolation facilities, while 11,280 have since recovered. — Christian Deiparine with reports from Franco Luna

Cagayan cops plant over 100,000 trees in support of dealing with harsh impacts of climate change