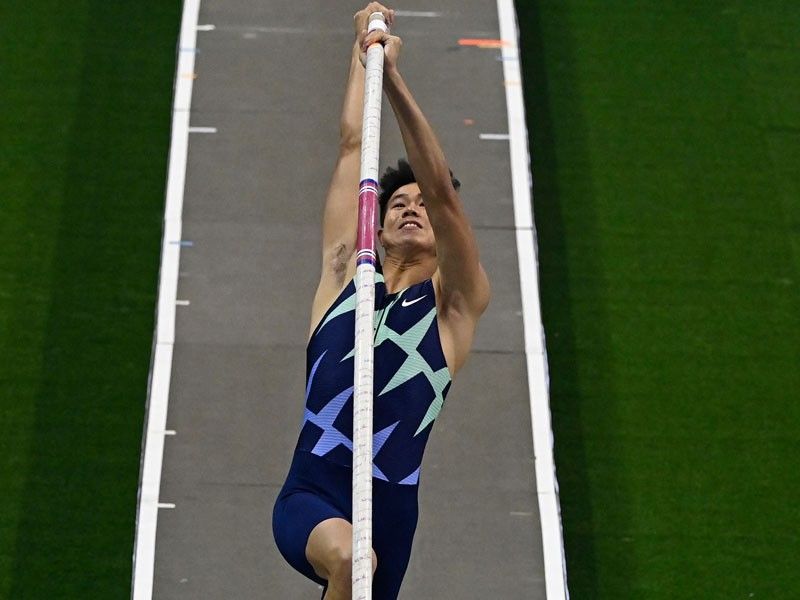 TOKYO – Pole-vaulter EJ Obiena arrived here Friday afternoon, calm and relaxed after having resolved the issue of loading his poles in his flight from Italy.

But he was stressed out the day before.

“Actually, umaga na lang na-resolve that my poles would be loaded, nine in the morning when my flight was at 5 p.m. You can imagine the stress the day before,” said Obiena.

“I’m a pole-vaulter. It is my job to jump with the pole. If I come here in Tokyo without the poles, then I can’t do my job. That stressed me out,” he added.

If ever, there would have been replacement poles waiting for Obiena here. But the Pinoy ace said he would be more okay, knowing his own poles are safe.

With his set with him here, he said he’s good to go to chase his dream.

“I’m good. I don’t feel really so excited. I’m just calm. To be honest, I don’t feel to be like this… really hyped and everything. Maybe not yet, but I think that’s the good thing,” said Obiena, feeling he would be better off without an extra burden of extra pressure.

“I don’t know the stats. I’m just here to do my part to jump. I have competed with these guys multiple times. I’m here to bring my normal self come qualification day and hopefully the finals,” he said.

But the 6-foot-2 pole-vaulter surely has an idea that he has a chance to do something special for Philippine athletics and the Philippine sports as a whole.

After Simeon Toribio pocketed a bronze medal in men’s high jump in the 1932 Los Angeles Games, the Philippines has never since won an Olympic medal in athletics again.

“Thanks I’m in a position where I’m actually vying for a medal and, realistically speaking, that actually I can,” Obiena said.

It’s good he has his Russian coach Vitaly Petrov helping him out how to carry himself.

“My coach was telling me a week ago and sorry for the language ‘no bullshit EJ, we need to stay focused, we have a chance to do something special here, do what you need to do. Don’t be idiotic and don’t do something stupid,” said Obiena.

Pole-vault qualifying is on Saturday and the finale is on August 3.