For nearly a year and a half, a Labrador retriever named Archie helped Debbie Carleton get out of bed every day.

Archie was matched with Carleton, a Halifax Regional Police detective who logged more than two decades on the job, by Canadian Intervention and Assistance Dogs, or CIAD.

But Carleton, who now lives in New Brunswick, will spend Christmas without Archie, after the service dog organization took him back.

It’s left her grieving the loss of the bond she had with Archie and without a service dog to navigate daily life.

“It’s like you have a best friend and now it’s gone,” Carleton said.

Carleton started with the Halifax Regional Police in 1995. As a detective, she investigated difficult cases, from sex crimes to human trafficking. But she said she also had to deal with homophobia, sexism and sexual harassment on the job.

She’s been off work for the last five years after being diagnosed with severe work-related post-traumatic stress disorder.

During the time Carleton has been off work, CIAD was founded in Nova Scotia as part of a group of service dog training schools that were chosen and funded by the mental-health services provider Wounded Warriors Canada.

CIAD is a non-profit run primarily by volunteers and focused specifically on matching service dogs with first responders. It has since expanded to also include veterans.

After an application process, Carleton was matched with Archie. She said he was dropped off at her house on June 30, 2019.

“It just seemed like the perfect thing for me to have a service dog, to be able to help me in my recovery and to get some kind of quality of life back,” Carleton said.

“Archie gave that to me, even though we weren’t perfect.”

Carleton suffers from flashbacks and nightmares. Archie helped by waking her and bringing her back to the present moment.

“He would always come and wake me or nudge, something to get my attention, or just lay right across me,” she said. “He always was beside me, like, never left my side.”

But Carleton noticed some issues with Archie’s obedience training. She said Archie would react to other dogs while on leash, which made it difficult to even take him for a walk.

She said she raised the issue with CIAD numerous times, asking for help with Archie’s training. But she said the organization didn’t seem to have the expertise or resources to fix the issues.

Carleton’s psychiatrist, Dr. Marina Sokolenko, also wrote to the organization’s board about the problems.

“As time passed, I saw the dog’s behaviour improve, with much of [the] training done by Ms. Carleton.”

Carleton said she even found a trainer to work with her in New Brunswick, so that trainers wouldn’t have to travel from Nova Scotia. But, she said, CIAD didn’t allow it. 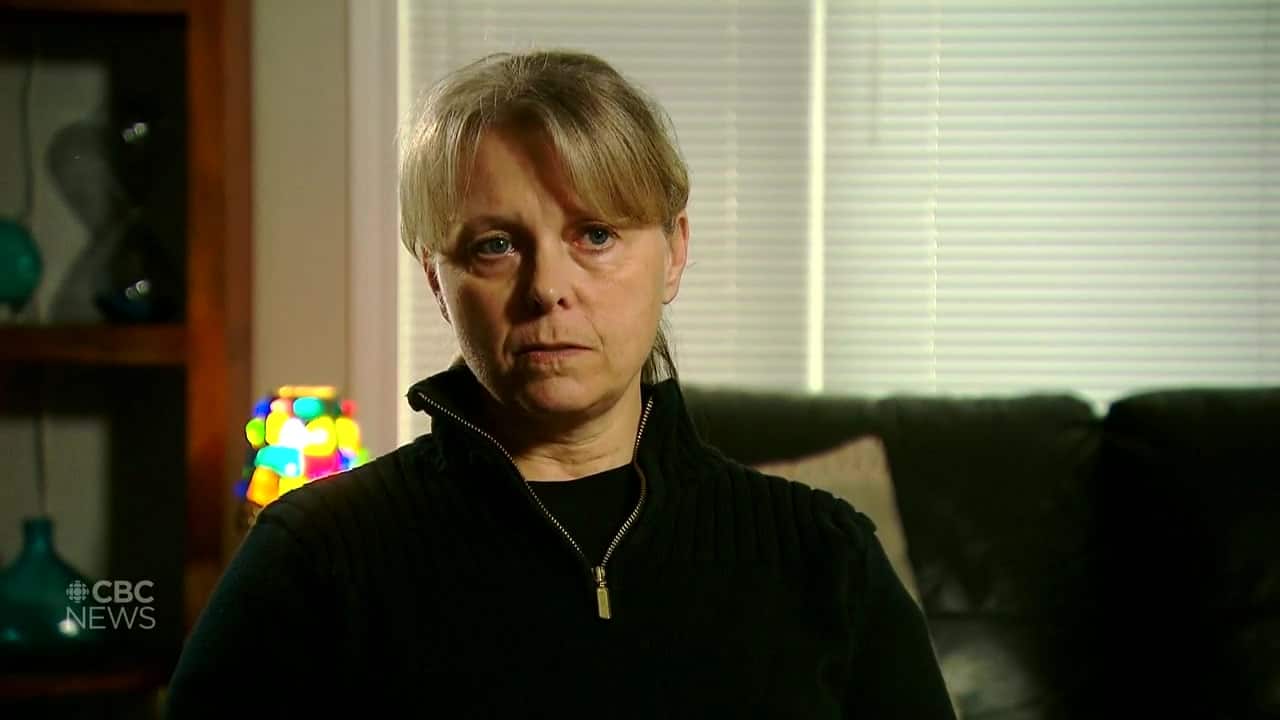 A police officer is struggling after losing her PTSD service dog

‘Where’s the humanity from their end?’

At the end of November, CIAD took Archie for a two-week reassessment.

“I gave Archie in good faith that he would be returned,” Carleton said.

Sokolenko also advocated for Archie to be returned after his assessment, warning CIAD that keeping him could have “grave consequences.”

“It is my strong belief that if the dog is not returned to Ms. Carleton, it will have [a] very detrimental effect on Ms. Carleton’s mental state and may increase the risk to her safety,” Sokolenko’s Sept. 30 email said.

Sokolenko went on to say the action was “inhumane” and “absolutely inappropriate” for a patient with PTSD.

But on Dec. 10, CIAD told Carleton over a Zoom meeting that Archie hadn’t passed key testing that allows a service dog to accompany a handler to public places.

“[They said] that his demeanour now, he’s very anxious, that he may have to be put on anxiety medication, that his needs are not being met by me and it’s not safe for him to return to this environment,” Carleton said.

She said the call seemed to rule out getting Archie back even as a pet.

“They did say I could say goodbye to him in a nice, quiet, non-anxious environment.… It’s torturous,” Carleton said.

Carleton said she understands that Archie may not have had the right temperament to be a service dog, but she wishes the organization realized it before they built a bond.

Decision to remove Archie ‘not made easily’

Jenna Conter, CIAD’s communications co-ordinator, says there was a “miscommunication” in the match between Archie and Carleton.

Conter said there were several “red flags” over the year and a half that indicated they may not be the best match.

“We all love our animals, but sometimes it’—s just not a perfect match,” Conter said.

“Though the 18 months that she had Archie, I think there was a general miscommunication as to if it was a good mix of her personality and his personality, where she lived and his needs as a dog to have the best outcome.”

She said the decision to remove Archie “was not made easily.”

When asked whether it’s possible for Archie to be reunited with Carleton as a pet, Conter said she wasn’t sure.

“If the dog can be suited to be a pet within that home, then that would be a beautiful ending, so at least she can reconnect with that,” Conter said.

“And if not, we just have to deal with the — I guess what I don’t want to say — but is the business side of it, as this animal is not happy in this home and this client and handler will not benefit from a dog with those behaviours. And that’s just something that we both have to sort of accept.”

Carleton’s friend Doug Pynch, who also has a service dog from CIAD, was in “disbelief” when he found out that Carleton and Archie were separated.

“I can’t believe a woman that’s served her community for as long as she has and asked for help and has PTSD as bad as she does, for them to come and take that dog after two years…. I feel so sorry for that woman,” he said.

“They just put her so far behind in her training and her PTSD. They set her back three, four years now because of what they’ve done.”

During 30 years as a volunteer firefighter, most recently with the Windsor Fire Department in Nova Scotia, Pynch has been to a lot of bad calls. It exacerbated the PTSD he was first diagnosed with at 16 due to childhood trauma.

Nearly three years ago, CIAD matched Pynch with a PTSD service dog named Catie. Pynch said he was only given a piece of looseleaf with a few commands written on it.

Like Carleton, he found the golden retriever helped him, but she had issues with obedience.

“To me, a service dog should already have been trained before I got her,” Pynch said. “That didn’t happen.”

‘They’re part of our families’

Conter emphasized that CIAD is still a new organization with its first generation of puppies.

“I think any organization learns from any difficulties they’ve had along the way,” she said.

Conter said the organization would be willing to look into connecting Pynch and Carleton with another service dog that “better suits their living conditions and better suits their needs, if that is what they desire.”

After watching what happened to Carleton, Pynch is worried he’ll lose Catie, too.

“I kind of felt like me and Deb and a couple of the other handlers were guinea pigs, and it didn’t work out so now they’re backpedalling,” he said.

“Well, it’s too late to backpedal for us. It’s two and a half years. We don’t want to give these dogs up. We love them. They’re part of our families.”

Carleton doesn’t hold out much hope that she’ll get Archie back. It’s a loss she’s still grieving. Since Archie left quickly, his toys are still piled in a toy box in the corner, his leash hanging on a personalized wooden holder at the front door.

She’s hopeful she can get another service dog someday and it will help her in her recovery.

“I would like to see Debbie be able to have a smile on her face, to want to get out of bed, to go to a store and feel safe,” Cheryl Smith, Carleton’s partner, said.

“That’s what a service dog was there for, is to give her that safety. And unfortunately that didn’t happen.”