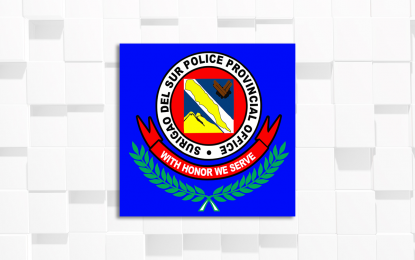 BUTUAN CITY – Separate operations conducted by various police stations in Surigao del Sur resulted in the arrest of six suspects and the confiscation of 5,000 board feet of illegally cut lumber valued at PHP125,000, the provincial police reported Tuesday.

Personnel of the Tago municipal police apprehended two motorcycle riders for ferrying illegally cut logs at a checkpoint along the national highway in Barangay Gamut at about 1:40 a.m. on Tuesday.

The two were identified as Christopher A. Gabasa, 36, and Gabriel A. Diaz, 32, both residents of Barangay Magroyong, San Miguel town.

Shortly after, at about 1:50 a.m., police manning a checkpoint intercepted another 500 board ft. of “lawaan”, worth PHP12,500, from a certain Dominico Beroy, a resident of Barangay Magroyong, San Miguel.

An hour later, personnel of the Tagbina municipal police intercepted a blue-colored jeep loaded with 4,000 board ft. of “lawaan”, valued at PHP100,000, at a checkpoint in Barangay Poblacion.

Goforth said the police stations in Tago and Tagbina received information from civilians on the transport of the illegal logs.

“The support of residents is vital to the success of our police operations,” he said. (PNA)