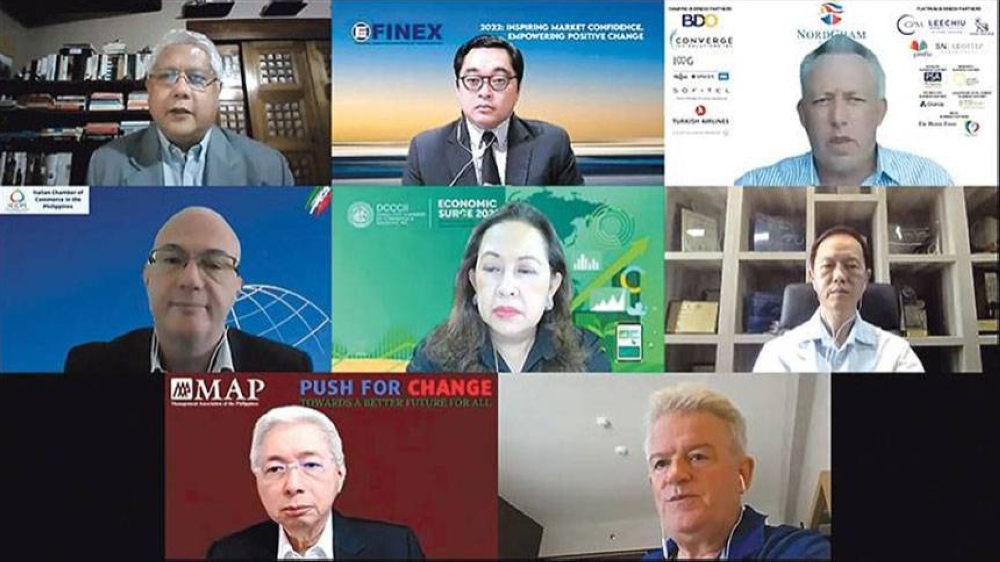 REGARDLESS of who wins in the coming elections, business leaders hope that the next government will continue many of President Rodrigo Duterte's economic policies and programs. This is not only what the business community wants. It is also vital for sustaining the momentum needed for realizing the long-term aspirations of Filipinos.

In a recent roundtable interview, Michael Guarin, president of the Financial Executives Association of the Philippines or Finex, said, “Just because there's a new administration doesn't mean that we have to start from scratch. We know which things, which programs and which initiatives have worked. Let's continue to roll them out.”

In particular, they wanted to see the continuation of the Build, Build, Build infrastructure development program. They said there was room for improvement, including in digital infrastructure, public health care, red-tape reduction and education reforms to enhance the productivity of Filipino workers.

Chris Nelson of the British chamber said besides the apparent benefits to the domestic economy, continuing key policies and programs enhances the country's competitiveness. The others chimed in, pointing out that the Philippines competes for trade and investments with other Southeast Asian countries, including Indonesia and Vietnam.

Indeed, predictable policies may be more valuable than effective ones. Vietnam, for instance, has imposed many foreign investment restrictions, and yet, it threatens to overtake the Philippines because of its faster pace of economic growth.

Even more challenging for foreign investors, Vietnam controls the repatriation of income. Still, that has not discouraged investors — including Filipino firms like Unilab, Ayala Corp., Universal Robina Corp. — from doing business there.

Of course, many factors can be credited for Vietnam's success, but an understated one is its consistent policies that make the business environment predictable. That is attributable to the fact that the same political party has governed it since its independence in 1976.

Like Vietnam, China also has foreign currency controls that would normally put off would-be investors. Of course, both China and Vietnam are also communist countries that prohibit private ownership of property.

Still, investors flock to China. And like Vietnam, one party has ruled that country since 1949. Since then, economic policies have remained consistent, except, of course, when Beijing decided to open and liberalize its economy. Also, China's large market of about 1.4 billion people makes it a magnet for investors, but then again, the contribution of consistent policies also deserve credit.

In contrast, the Philippines is notorious for changing policies every six years or after every term of its leader ends. Development priorities are known to reverse or radically alter direction after every administration. Often, not even the sanctity of contracts is spared. The goal, generally speaking, is to claim credit, which is important in building up political capital, perhaps for future election campaigns.

Carrying over major economic policies will be a good start but hardly enough. The next administration should also strengthen the bureaucracy by allocating more positions to civil service professionals.

That means reducing the number of political appointees to be made by the president. For now, though, it seems unrealistic for the president to clip his or her own powers. But that would create institutional memory that enables policies and programs to efficiently move forward.

Of course, succeeding governments should also enhance existing policies and programs. But the point here is that they should continue in the same direction.

The self-restraint suggested here not only demonstrates, to use a cliché, political will. But it also shows that the next president cares more about the policies meant for the progress and prosperity of the present and future generations than political interests.

As then-US President Harry Truman said, “It is amazing what you can accomplish if you do not care who gets the credit.”