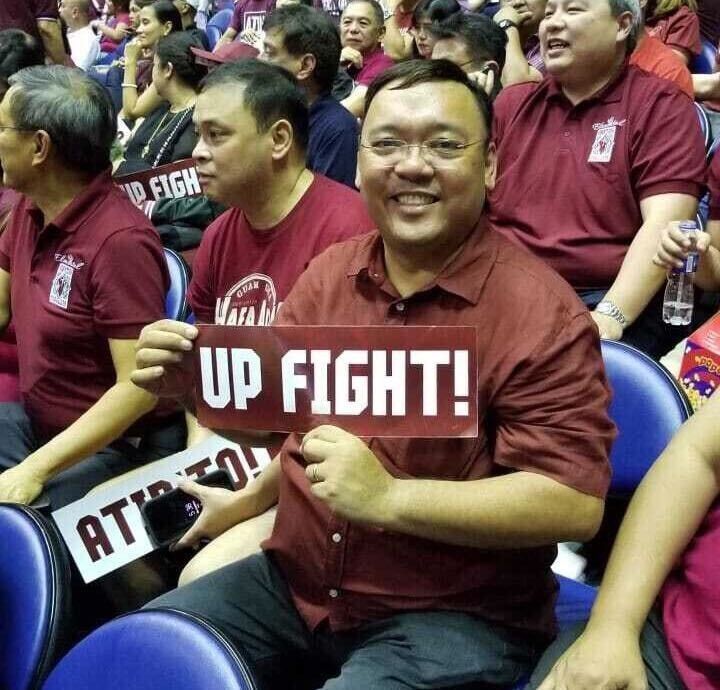 MANILA, Philippines — University of the Philippines Diliman administrators on Tuesday were the latest to oppose Palace spokesman Harry Roque's nomination to the International Law Commission, citing his "very poor" record of defending human rights under the Duterte administration.

The strongly-worded yet concise statement of UPD's executive committee bordered on disowning Roque, who had taught in the College of Law there for 15 years.

"Atty. Roque has a very poor track record of promoting, defending, and fulfilling human rights and the rule of law," the committee said, "especially during the administration of President Rodrigo R. Duterte in which he serves as a Cabinet member."

That position was reached after the committee held its 314th meeting on Monday, where it arrived at opposing a possible seat for Roque in the ILC.

Statement of the UP Diliman Executive Committee on the Nomination of Atty. Herminio “Harry” L. Roque, Jr. to a Seat in the International Law Commission pic.twitter.com/YaLbqMcdQO

University Chancellor Fidel Nemenzo sits as chairman of that committee. Its members include UP's vice chancellors, deans and directors of colleges and schools, as well as the University Registrar and three members at large elected by the University Council.

"His inclusion in the Commission would not serve its purposes," the committee said, "but instead, diminish the reputation of the body."

Opposition to Roque's bid for the ILC mounted on Tuesday, with UP officials' statement just now and that from the National Union of Peoples' Lawyers this morning.

NUPL said while Duterte's spokesman may have the academic and professional background, "he is morally undeserving to be part of this august international legal organ."

The group also scored Roque for how they said he publicly "rationalized extrajudicial killings" in Duterte's bloody anti-drug campaign.

Before UP and NUPL, the Free Legal Assistance Group also directly objected to Roque's nomination before the ILC.

Roque has been holding his Palace briefings virtually this week after flying to New York as part of his bid.

He has sought to dismiss opposition to his nomination, maintaining such are "bereft of legal merit" and "gross ignorance of what the ILC is all about."

With his nomination, Roque could be elected by the United Nations General Assembly to the commission. He could become one of the eight representatives from Asia Pacific, whose term of five years begins on Jan. 1, 2023. — with reports from Kristine Joy Patag