Power-hitting Mexican gets back at Pagdanganan 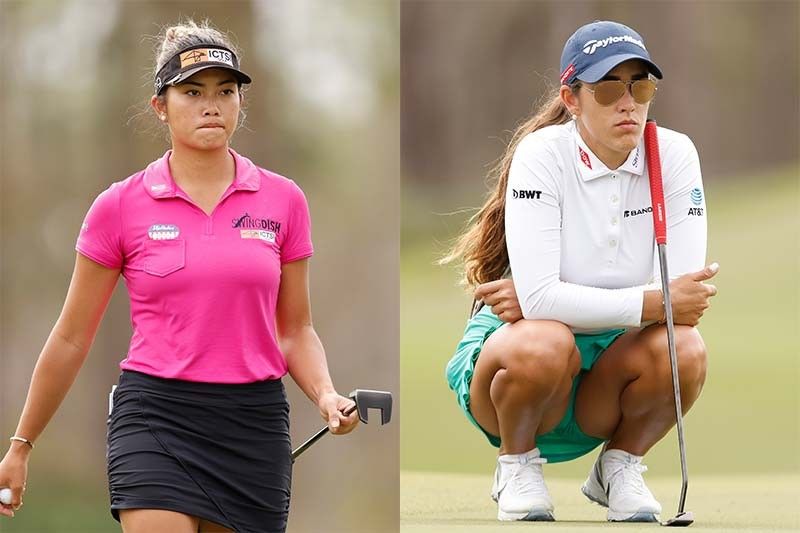 MANILA, Philippines — If Maria Fassi harbors any ill feelings towards Bianca Pagdanganan, she hardly made any effort to hide it Thursday (Friday, Manila time).

Humbled after her “let’s see who’s the boss” brag backfired in the US Women’s Open, the Mexican power-hitter vented her ire on the CME Group Tour Championship, unleashing a whopping 290-yard norm off the mound on her way to a four-under 68 for joint sixth in the LPGA Tour’s closing event in the pandemic-disrupted season.

It was their second straight face-off after the US Women’s Open that saw Fassi bomb out with an opening 83 at the Champions Golf Club in Houston. She consequently missed the cut.

It came after she boasted on the eve of the event after being paired with the ICTSI-backed Filipina and Dutch Anne Van Dam in a duel of bombers: “I’m just gonna have to hit a good one on the first three holes to just let them know who the boss is.”

The more subdued Pagdanganan made a decent one-over 72 but eventually failed to advance with a 75 too, thus ending her run of eight consecutive cuts made in her rookie campaign in the world’s premier women’s golf stage.

But in the CME Group, there was no slowing down for Fassi, who ripped the fairways of Tiburon Golf Club’s Gold course with her power hits then let her irons and putting do the rest to get into the mix in the $3 million event paced by American Lexi Thompson.

After a three-birdie, three-bogey game at the front, Fassi gunned down five birdies, spiked by a three-birdie string from No. 11, and could’ve shot a stroke better if not for a bogey on the last hole.

Still, her 68 more than vindicated her from last week’s boner. She hit nine of 14 fairways and missed five greens but finished with an impressive 26-putt performance.

In contrast, Pagdanganan, the Tour driving leader with a 283.935-yard average, settled for a 255-yard norm and reeled from an errant drive on No. 3 that resulted to a triple-bogey. She ended up with a 73 for a share of 45th in a select field of 72 players.

Like Fassi, the 2019 SEA Games double gold medalist hit nine fairways but struggled with her irons and short game, failing to reach regulation seven times although she came up with a 27-putt effort, including two that netted her birdies in the last three holes to salvage a one-over card.

The driving rivals, however, part ways in the second round with Fassi paired with Aussies Minjee Lee and Hannah Green at 10:17 on No. 1 and Pagdanganan landing in the group of Yealimi Noh of the US and Korean Amy Yang at 9:55 a.m. on No. 10.

Nobody knows if they’re going to cross paths again this week. But they sure will next year.