Preview: At most a second Olympic silver for Hidilyn Diaz? 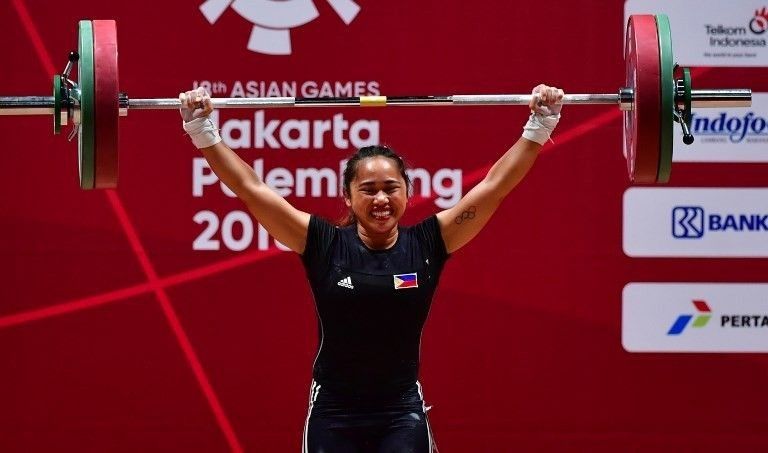 Meanwhile, should 30-year-old Hidilyn Diaz of the Philippines sustain a “consistent” performance given her total lifts in the last three years, she’s good for another Olympic silver medal at most.

Diaz’s silver medal hopes, however, may be impeded by a rising 20-year-old Ukrainian and by two Central Asian lifters who pulled off surprising performances over Diaz recently.

Qiuyun and Diaz face off in the 55kg competition on July 26, a day that may just put the Philippines into the Tokyo Olympic Games medal count.

Analyst Seb Ostrowicz of Weightlifting House magazine told The Filipino Connection via Whatsapp that Liao “is very physically strong over Diaz” given the Chinese’s skeletal strength. This is not to mention her lifting techniques that make Liao a cut above the rest in her weight category.

“Liao has an incredible lock out,” the magazine’s founder Ostrowicz said, referring to a lifter’s ability to fully extend all applicable limbs or joints when hoisting the bar.

“She is able to hyperextend and is able to hold the weight over her head without using her musculature as much.”

Liao Qiuyun during her world-record performance at the 2019 World Championships in Pattaya, Thailand

What impresses Ostrowicz the most of Liao is her clean and jerk technique. Liao holds the world record in not just the total (227kg) but also in the clean and jerk (129kg).

“Her back leg and knee bend a lot. She’s able to get much lower under the bar than any other weightlifter in that category,” Ostrowicz told The Filipino Connection.

Liao’s dominance in the weight category is rooted from a country with perhaps the most well-developed weightlifting program.

Apart from weightlifting being a major sport in China and a well-funded one, the sport’s global powerhouse enjoys the numbers — meaning having an abundant number of lifters, starting from those young aspirants.

“China has way more numbers of athletes, starting at a younger age, and with a really good system (of talent identification) in place,” Ostrowicz said. Given that, Chinese weightlifting officials and coaches “tend to select athletes with the same anthropometry [body size and limb length],” Ostrowicz added.

An example of China’s dominance is that three Chinese lifters — Liao, 55kg snatch world record holder Li Yiajun and Zhang Wongqing — outlift all the other competitors in the 55kg class.

Ostrowicz also credits China’s technique and training regimen. The Chinese do lots of bodybuilding exercises: pull ups, dips, hip extensions, these being done even on two-to-three sets of 10-20 repetitions. “That’s why they are muscular,” Ostrowicz said.

But there is also an obvious difference between Chinese lifters and the rest of the world when lifters catch the bar during the snatch of the clean and jerk. Ostrowicz observes they have their chin and head down to accompany their strong limbs.

China, however, got suspended for year (September 2017-September 2018) after the International Weightlifting Federation (IWF) found at least three positive doping results for China and eight other nations during the 2008 and 2012 Olympic Games.

Biggest threat to the silver medal

Diaz is “incredibly consistent” given her lifts in her last four tournaments, including the 2019 Southeast Asian Games in Manila. Ostrowicz says it is safe to bet for the Filipina to lift a total within the range of 210 to 215kgs.

“Higher than that, it should be enough for her to get a silver, and lower than (that range) will be a bronze.”

As for the silver, Ostrowicz thinks the battle will be between Diaz and the 20-year-old Kamila Konotop of Ukraine, a fresh world junior champion in the same category.

Ostrowicz said the Ukrainian’ skills are “improving fast,” making the analyst like the chances of the taller Konotop given her youth.

Diaz had beaten Konotop at a World Cup tournament in Rome in January 2020: 212 (gold) versus 196 (silver). Afterwards, Konotop’s total lifts got heavier.

At the European Championships last April in Moscow, Russia, Konotop lifted 208kgs. The following month, at the 2021 World Junior Weightlifting Championships held at her country’s capital of Tashkent, the Ukrainian hoisted a 212 total for the gold.

Within a 16-month span, the new world junior 55kg champion has improved her best lift by 16kgs.

Weightlifting House’s predictions for the women’s 55kg weight class begin at 18:58 of the video above.

Two other contenders may also steal the spotlight from Diaz: Nabieva Muattar of Uzbekistan and Sulfiya Chinshanlo of Kazakhstan. At the Asian Championships last April which Liao ruled and with Li Yiajun placing second, Muattar copped the bronze (213kg total) and Diaz (212kg) landed in fourth.

Nabieva can crowd Diaz because the Uzbek had lifted a high 99kg, in the snatch. Meanwhile, Chinshanlo has hoisted 118kg in the clean and jerk, like Diaz.

Although, Ostrowicz thinks the performances of Chinshanlo and Nabieva are “outliers” compared to Diaz’s consistent showings in the Filipina’s last three-to-four tournaments.

“It makes me feel uneasy to predict that Nabieva and Chinshanlo will medal in Tokyo.”

Only one lifter per country is allowed to compete in the Olympics. The International Weightlifting Federation had introduced new weight categories in November 2018 (in time for that year’s World Championships in Ashgabat, Turkmenistan).

In terms of highest totals in the three-year history of the 55kg weight class, the three Chinese are followed by Diaz (best total: 214kg, in a bronze finish at the 2019 World Championships in Pattaya, Thailand).

“Hidilyn’s consistent compared to other lifters in that weight category, who have a much bigger spread of results,” Ostrowicz observes.

A key for Hidilyn’s final Olympic stint will be the snatch. Her best snatch at the 55kg category is 94kgs, done during the last two editions of the Asian Championships.

Analyzing the ways that Hidilyn Diaz (left), Liao Qiuyun (middle) and Zhang Wongqing do the snatch at the 2019 World Champions (video by Dimas LOP Mundo LPO)

The snatch is said to be more “technically challenging” while the clean and jerk challenges one’s strength which lifters like Diaz have improved over time “just by getting stronger,” explains Ostrowicz.

“But if you start the sport at a very young age, which the Chinese have done, you’ve developed a skill of snatching very well. They can move quickly, they can get into the right position, and they can go lower than anyone else,” Ostrowicz observes of the Chinese lifters.

The Filipino Connection is a regional partner of Philstar.com.