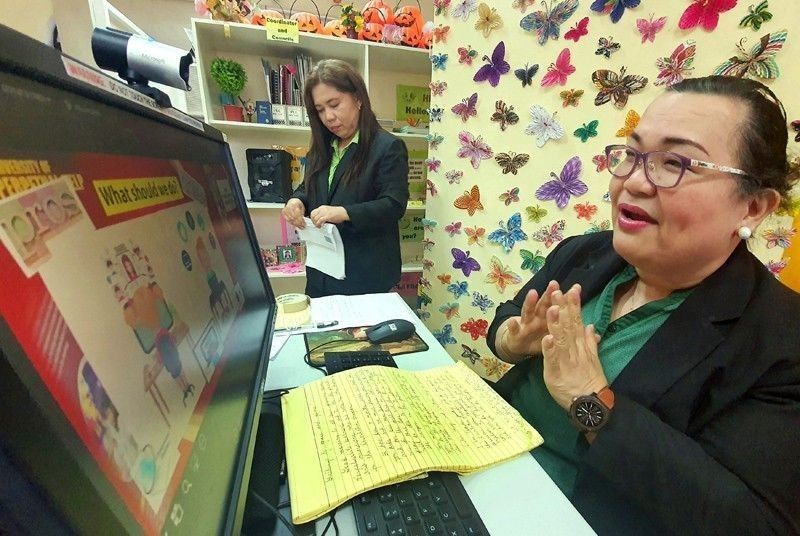 MANILA, Philippines — An umbrella network of private schools has urged President Rodrigo Duterte to endorse proposed measures that would remedy a policy hiking their tax rate to 25%.

Groups in the education sector have warned that the Bureau of Internal Revenue's RR 5-2021 could result in more closures and loss of jobs and scholarships during the pandemic.

Several lawmakers have since urged BIR to rescind its order, with two measures — House Bill 9596 and Senate Bill 2272 filed in their respective chambers to address this.

The Coordinating Council of Private Educational Associations in a statement said it hopes Duterte would certify these bills as urgent and endorse it in his last State of the Nation Address on July 26.

"We hope the President calls on Congress to put [these] on high priority," said lawyer Joseph Estrada, COCOPEA's managing director. "The urgency of this legislative intervention…cannot be overemphasized."

The said measures seek to amend a part of the country's tax code to include proprietary schools on those who could avail the temporary tax relief that the CREATE law allows for in the next three years.

In one Senate hearing in June, members of the upper chamber asked BIR to at least put on hold the implementation of the RR 5-2021 while they tackle the bill.

Lawmakers stressed that a suspension is crucial as a new school year approaches. It also comes as some schools report that BIR is already imposing the hike on them.

Finance Undersecretary Dakila Napao had said then he would consult his superiors, but no progress has been reported on that to date.

“This would add a heavy additional burden and cause seriously harm the many stakeholders of the private education sector, at a time when it is already fighting for survival amidst the pandemic," Estrada said.

COCOPEA added that the policy's effect would be all encompassing, from teachers, support staff, and even on businesses or communities around schools. It warned that it is parents who would likely be burdered with higher tuition and other fees.

“In the aftermath of the economic impact of the pandemic on the families of learners," Estrada said, "it would be almost impossible for many in the private education sector to recover without some government assistance."

The president has not publicly commented on BIR's new regulation. But Palace has backed the Department of Finance in its move, against COCOPEA's repeated calls for government to intervene.

Until then, the group is left to pin its hopes on lawmakers to pass the measures, and in the Court of Tax Appeals for a temporary restraining order on the RR 5-2021.