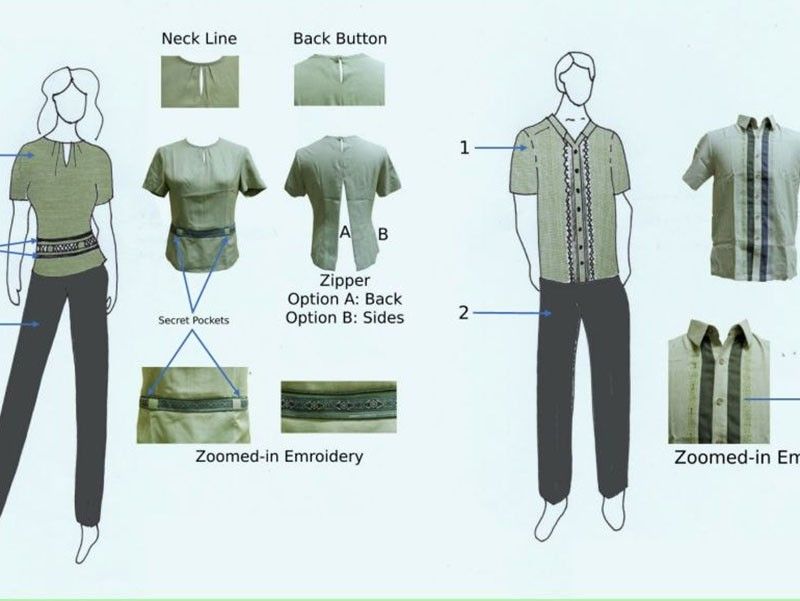 MANILA, Philippines — Teaching and non-teaching personnel in public schools will receive a P6,000 clothing allowance this April, the Department of Education said Sunday.

The agency in a March 31 memorandum announced that four new sets of a "national uniform design" were approved for teachers, while two were cleared for non-teaching staff.

DepEd said this would take effect by School Year 2022 to 2023. The remaining months of the current school year, which ends in July, will be considered as a transition period.

“[This is] to provide ample time for employees to prepare for the new set of prescribed uniforms and will be lenient to personnel who will still opt to use the old uniform design," said DepEd Undersecretary for Finance Anne Sevilla.

In the memo, uniforms would be worn from Mondays to Thursdays, while Fridays would be for appropriate office attire.

DepEd did not say how much the shift to a new uniform would cost. It also comes at a time when even teachers are grappling with the economic and social impacts of the coronavirus pandemic.

"During a pandemic, is the change in uniforms essential?" the group Teachers' Dignity Coalition wrote in Filipino on Facebook.

DepEd had formed a committee for deciding on the uniforms' design, which involved select officials and representatives from 11 teaching and non-teaching organizations.

Among them was Emmalyn Policarpio, the secretary general of the TDC, who like other members, was given a single vote on the designs.

In an online discussion on April 1, she said the group pushed for a single set of uniforms that would be used for years, instead of having to change from time to time.

"We were pushing for that, for the same set for at least 10 to 20 years. But what I have been hearing as reason from others was if we picked a design that was not good, we have to bear with it for 10 years," she said in Filipino.

Policarpio added: "I don't know if that's shallow, but I just don't see the logic."