Share
Montreal·New
When it comes to enforcement of Quebec's new curfew, police services across the province have been in discussions with the public health ministry, Quebec prosecutors and municipal officials since the extraordinary measure was announced Wednesday. 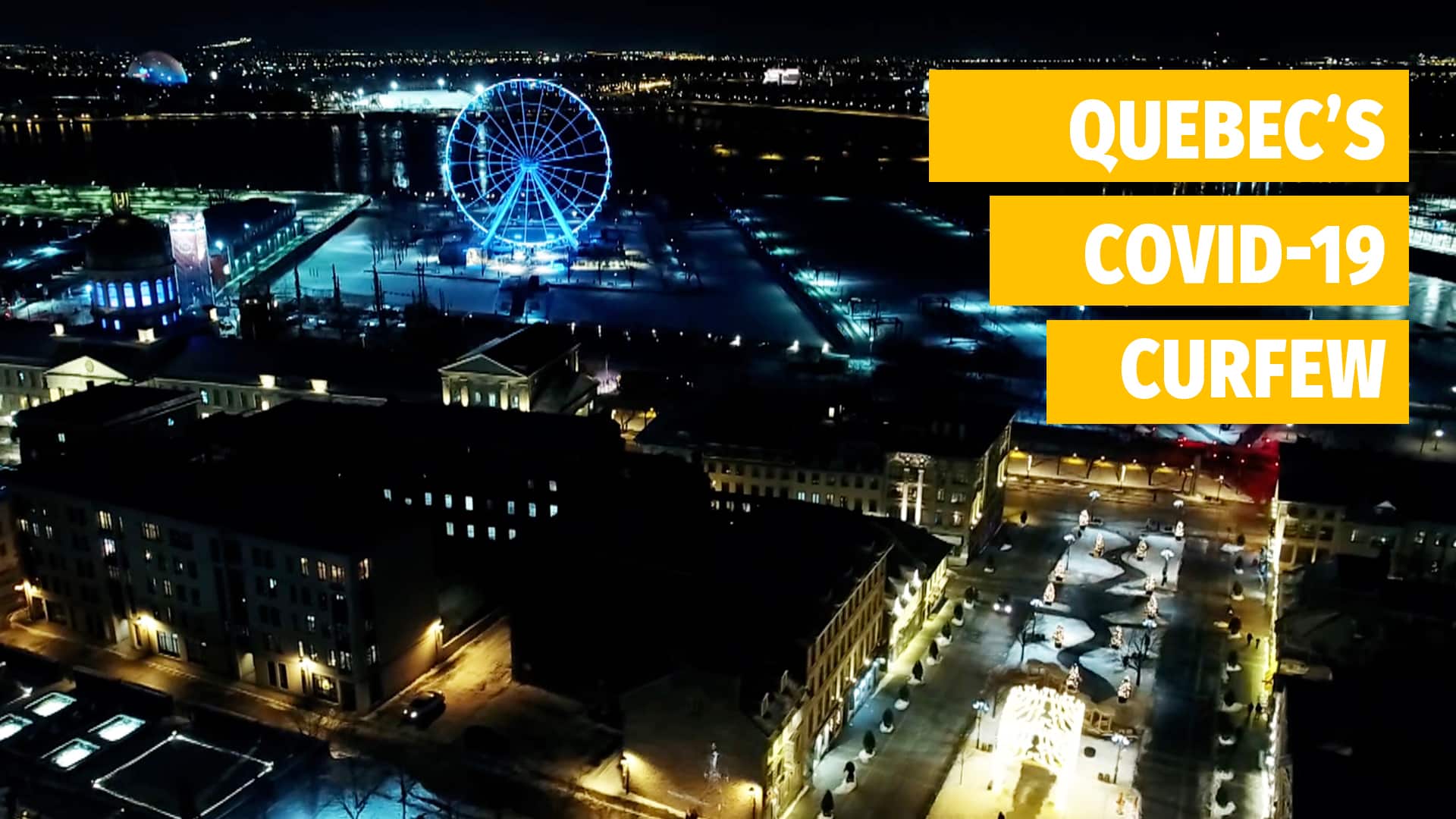 As Quebec descends into its first quarantine curfew since the era of the Spanish flu, there are more rules to follow and fewer opportunities to bend them undetected.3:53

Smartphones across Quebec are going to buzz today with an emergency alert like no other: Be inside by 8 p.m., or face a fine.

"The police will also be very visible this weekend," the province's Public Security Minister Geneviève Guilbault said in a tweet Friday.

She calls the curfew a final push to combat COVID-19, in tandem with the continuing vaccination campaign.

Police services across the province have been in discussions with the Public Security ministry, Quebec prosecutors and municipal officials since Wednesday's announcement.

They have been planning out how the new, extraordinary rule will be enforced as police will have the power to stop and question anybody outdoors between 8 p.m. and 5 a.m.

Montreal's police force says in a statement that more staff will be on duty for a "rigorous application of these measures," and that an entire department will be established to crack down on curfew dodgers throughout the lockdown, which is expected to last four weeks.

"There will be about 100 extra police officers circulating in the city, to patrol, to be in the streets, to show that they are present, so people understand how important this is," Mayor Valérie Plante told CBC's Debra Arbec on Friday.

If people are out, Plante said, they will have to show proof to police that they have the right to be.

In Quebec City, several facilities, including outdoor skating rinks, will close at 7:30 p.m. to allow residents to rush home before the 8 p.m. deadline.

Extra security guards will be brought in to ensure people don't skate too late at the popular rinks, and staff will be doubled in areas where extra surveillance may be needed to ensure everybody is staying safe while enjoying the few activities still allowed in the province,

While it's inevitable that police will hand out fines, civil rights lawyer Julius Grey hopes most people will do exactly what they are asked — stay home so as to limit the spread of the virus as the province's health-care network strains against the rising caseload.

If people don't respect the curfew it's justifiable in the current context to hand out reasonable fines, he said.

However, he would like to see police start by warning people to go home rather than immediately resorting to tickets. As long as there are necessary exemptions, the province has every right to impose exceptional measures in the interest of public security, Grey said.

"$6,000 is rather high, but I also think that it is not high enough to constitute cruel and unusual punishment," he said.

With fees, the minimal fine hovers around $1,500. Grey expects it will be those who commit multiple offences or are obstinate who will receive higher fines.

It is important that police do not resort to profiling or targeting certain groups, Grey said, and it is best that citizens co-operate with law enforcement if stopped, as everybody should be doing their part to prevent the spread of COVID-19.

Plante said her administration has been discussing with the Service de Police de la Ville de Montréal not just about the importance of enforcing the curfew, but also about listening to every person and their situation.

"Especially around vulnerable people," she said.

"I am thinking about people in a situation of homelessness. We don't want to give them fines they cannot pay. We need to bring them to different resources that exist."

However, Premier François Legault made it clear on Wednesday that not having a home is not an exception to the rule. He said there is enough space in shelters.

"What we would like is for the homeless to also go indoors," he said. "There are places set up for them."

With files from Radio-Canada and Debra Arbec