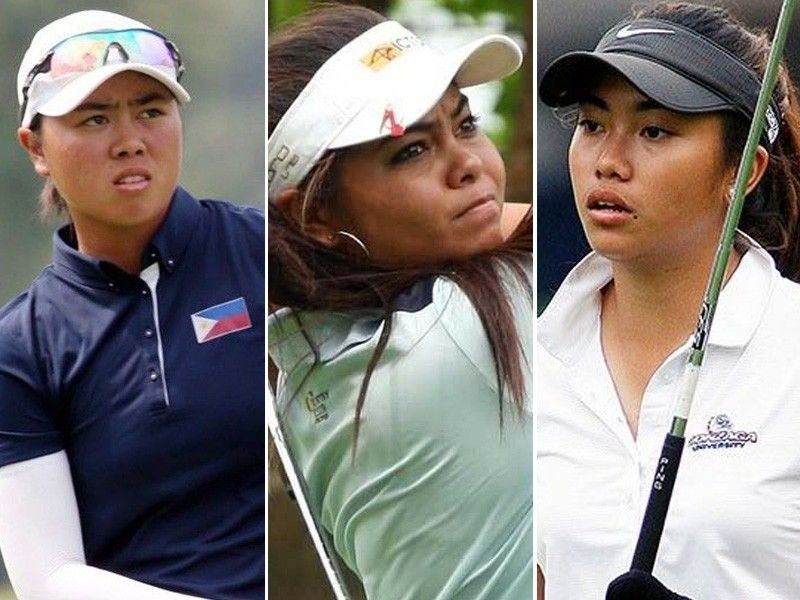 Armed with a 284-yard norm, next to front-running Dutch Anne Van Dam (291 yards) in the current LPGA average driving distance, Pagdanganan hopes to make full use of her power to control the 6,217-yard layout hosting the ShopRite LPGA Classic beginning Friday in Galloway.

That’s indeed a short challenge by the LPGA Tour stalwarts’ standards, although they say the Bay course is less a question of length but more of a test of imagination, accuracy and short game with its Scottish-links feel, seaside views, deep pot bunkers and small, undulating surface.

Still, it could all boil down to distance off the mound as it gives those with length more chances to get good approach targets to set up birdie opportunities.

Pagdanganan, who failed to sustain a tied for 12th finish in the Dow Great Lakes Bay Invitational last July with a joint 30th and a tied for 74th in her next two tournaments in Porland and Arkansas, respectively, launches her drive in the $1.75 million championship at 8:49 a.m. on No. 1 with American Katherine Perry-Hamski and Sakura Yokomine of Japan.

But if driving accuracy will be considered, then Dottie Ardina, at No. 12, could figure in the early title chase although a slew of seasoned and upcoming stars in the fold boasts of power and precision, guaranteeing a wild, spirited start in the 54-hole championship. She starts at 1:28 p.m. with Dani Holmqvist, also of Sweden, and Nicole Estrup of Denmark.

Yuka Saso, for one, remains a top pick, given her talent and form. She just ran out of holes in her strong rally in last week’s Arkansas Championship where she tied for fourth, just two strokes behind winner Nasa Hataoka.

Saso and Hataoka are also booked for a rematch this week after the former foiled the latter on the third playoff hole to score a major breakthrough in the US Women’s Open last June.

Their 12:44 p.m. duel on No. 10 that also features Swede Madelene Sagstrom is sure to generate interest with a host of other marquee matchups set in the opener of the event won by England’s Mel Reid on a 19-under 192 total last year.

The 20-year-old Saso, whose LPGA campaign and those of Pagdanganan and Ardina are sponsored by ICTSI, sampled the course in the pro-am Wednesday and liked what she saw.

“I think it (course) would be short if there was no wind but it would be longer depending on it (wind),” said Saso, who regained her career-best No. 6 ranking in the world after Arkansas.

Bracing for another fierce duel with Hataoka, who moved to world No. 5 following her latest victory, Saso has so much respect for the Japanese and is looking forward to a great duel with her and Sagstrom.

Other featured threesomes include Koreans Sei Young Kim, the world No. 4, and world No. 3 Inbee Park and Danielle Kang of the US at 7:54 a.m. on No. 1; Canadian Brooke Henderson, Jennifer Kupcho of the US and Georgia Hall of England at 8:05 a.m., also on the first hole; Thai Patty Tavatanakit, American Lexi Thompson and Finland’s Matilda Castren at 8:16 a.m. on No. 1; and Thai Ariya Jutanugarn, Mina Harigae of the US and Eun-Hee Ji of Korea at 12:39 p.m., also at the front.

Korean world No. 2 Jin Young Ko, on the other hand, battles Irish Leona Maguire and Ally Ewing of the US at 12:55 p.m. on No. 10, while defending champion Mel Reid of England tangles with Swede Anna Nordqvist and Stacy Lewis of the US at 1:06 p.m., also at the backside.