Share
Saskatchewan·New
People in Saskatchewan's capital city spoke publicly about personal experiences of sexual harassment and violence this summer as a #MeToo wave swept the city in an unprecedented way. But did anything change? People at the heart of the matter say yes.

Lisa Miller wants survivors of sexual violence who shared their stories during Regina's #MeToo movement to know they didn't speak out in vain.

"Even if they don't feel like their one voice was heard at that moment, collectively their voices are being heard because we can see that there's work that's being done because of it," said Miller, executive director of the Regina Sexual Assault Centre (RSAC).

The movement swelled in the summertime as dozens of women and some men shared their experiences of sexual harassment and violence. The stories were primarily shared online on an Instagram account started in response to a CBC News investigation.

The investigation revealed the stories of 17 women who accused Jim Demeray, a high-profile mental health advocate and former restaurant manager, of verbally sexually harassing young female staff on a daily basis during his time at two Earls restaurants in Regina. Demeray denied the allegations, calling them baseless and untrue before resigning from the non-profit.

Allegations soon emerged against a popular musician,tattoo artists,a city councillor and non-profit leaders. But the movement was chilled after a Regina teacher accused of rape filed a defamation lawsuit and the account was deleted.

However, advocates say the work that was inspired by the revelations continues.

Miller said there has been a large uptick in Regina businesses, particularly the hospitality industry, coming to the RSAC to ask about how to identify harassment and intervene. RSAC was also invited to speak to other professional groups, including the Law Society, about sexual harassment.

"You can't ignore it anymore and people are going to continue to come forward and it's demanding some accountability from business owners and managers and institutions," Miller said.

Though initially he was watching from the sidelines, business owner Mark Heise said the movement affected him professionally and personally.

"It rattled me pretty badly and really upset me," he said.

Heise runs Rebellion Brewing Co. and personally knew many people implicated during the movement — including some who took accountability and apologized. At the same time, some of his peers confided their personal experiences or harassment or assault to him.

"It's not like everyone turns a blind eye to any of these things, but when it hits close to home, it definitely impacts you more and makes you want to take action."

He did take action. Rebellion founded an anti-discrimination committee with the Canadian Craft Brewers Association. Heise brought in educator Jill Arnott from the University of Regina Women's Centre to lead an all-staff training session on sexual harassment and discrimination. The small business updated its internal policies on harassment and implemented an official reporting channel.

Heise said it's one tangible example that small businesses have the power to create change. He challenged others to act.

"No one is going to say, you know, that harassing women is OK, but are you actually making it a priority to make sure it doesn't happen?"

Heise said he's part of a group working to create a course for hospitality businesses in Saskatchewan, with the idea that it could become mandatory across the province.

"We've been working with Regina Downtown, as well as the YWCA and Tourism Saskatchewan, on how we could create and offer a training program that would be mandatory for all businesses."

Heise said this demonstrates that what happened in the summer had real impact. He was further encouraged when he spoke to a post-secondary business class and students were talking candidly about sexual harassment.

"This is the future, and they're so inspired to know that there's people like me that actually make these things a priority and actually care," he said.

Still a long way to go

Miller from RSAC noted that change takes time. While there have been positive steps forward, progress is slow.

"It doesn't take a hard search to find people that are quite willing to discount stories of victims or say some really incredibly mean and disrespectful things to people that come forward, victim-blaming."

Moving forward, she wants leaders in the Saskatchewan government to commit to change, by acknowledging the problem and helping those working on it.

"I'd like to see the government working collaboratively with agencies that are doing gender-based violence work," she said. "We need our leaders to acknowledge things need to change and to be the role models for that change."

The example set by leaders came to a head in the fall. Prior to the provincial election in October, Sask. Party political candidate Alex Nau said he regretted hosting a spin-the-wheel game at a 2016 music festival in which participants had to show their breasts or have beer shot down their throat.

Arnott, the educator from the U of R, said that his apology was lacking meaningful action and that "when you are setting yourself up as a leader, then you need to lead. You need to be accountable, your example needs to be better."

The backlash against her was massive.

For days, men and women found and messaged Arnott's personal social media accounts, enraged by what she said, questioning her authority, arguing that Nau didn't do anything wrong and that her suggestions were inappropriate.

"I thought, wow. It's so interesting that my suggestion, that somebody who says they want to be a leader should then demonstrate that with their action, that would piss off so many people."

She said she's hopeful because it shows people are not apathetic and that they could be brought into a conversation.

"All the people who were outraged by what I said, are invested," she said. "There is room for dialogue."

Arnott said it's often conversations happening behind closed doors that lead to the most lasting change.

Arnott said it's critical to challenge statements made by family members, friends and peers in order to shift the culture where people think sexual harassment or assault is okay.

She gives the example of calling out someone who makes a rape joke.

Arnott said when people start to recognize misogynistic attitudes and behaviours, they are more likely to not only change themselves but also intervene the next time they see it happen.

She's said she's optimistic, because it feels like younger people are curious about change. Some of her male students said they lacked leadership or role models to demonstrate what is healthy behaviour. She said they seem willing to take action but aren't sure where to start.

Natalya Mason, the education and outreach co-ordinator with Saskatoon Sexual Health, says she has seen similar problems among younger students.

A large component of Mason's job is teaching comprehensive sexual education to students. This includes everything "from healthy relationships to sexually transmitted infections to consent." She said the lack of education is illustrated in the province's high rates of sexual violence. According to Statistics Canada, Saskatchewan has the highest rate of intimate-partner violence among provinces, and the second-highest rates of sexual assault and violent crime against young women and girls.

"I've gone into a school and no one's taught sex ed in that school for seven years, and you can imagine what happens in a community when no young people are receiving access to this information for close to a decade."

Mason said the Saskatchewan government should create mechanisms to measure how much students across the province know about sexual health.

"If an entire school is doing really poorly in math, we would know about that because there are standardized tests," she said. "We don't have those same accountability measures."

Mason said there's a social and financial cost to a lack of this knowledge. She said teaching young people about harassment, consent and sex can break cycles of sexual violence and inappropriate behaviour.

"It's really important that when we do have the opportunity that we make these interventions with young people to prepare them to protect themselves, but to also be better partners and better peers."

WATCH | Arnott talks about how change and accountability are possible: 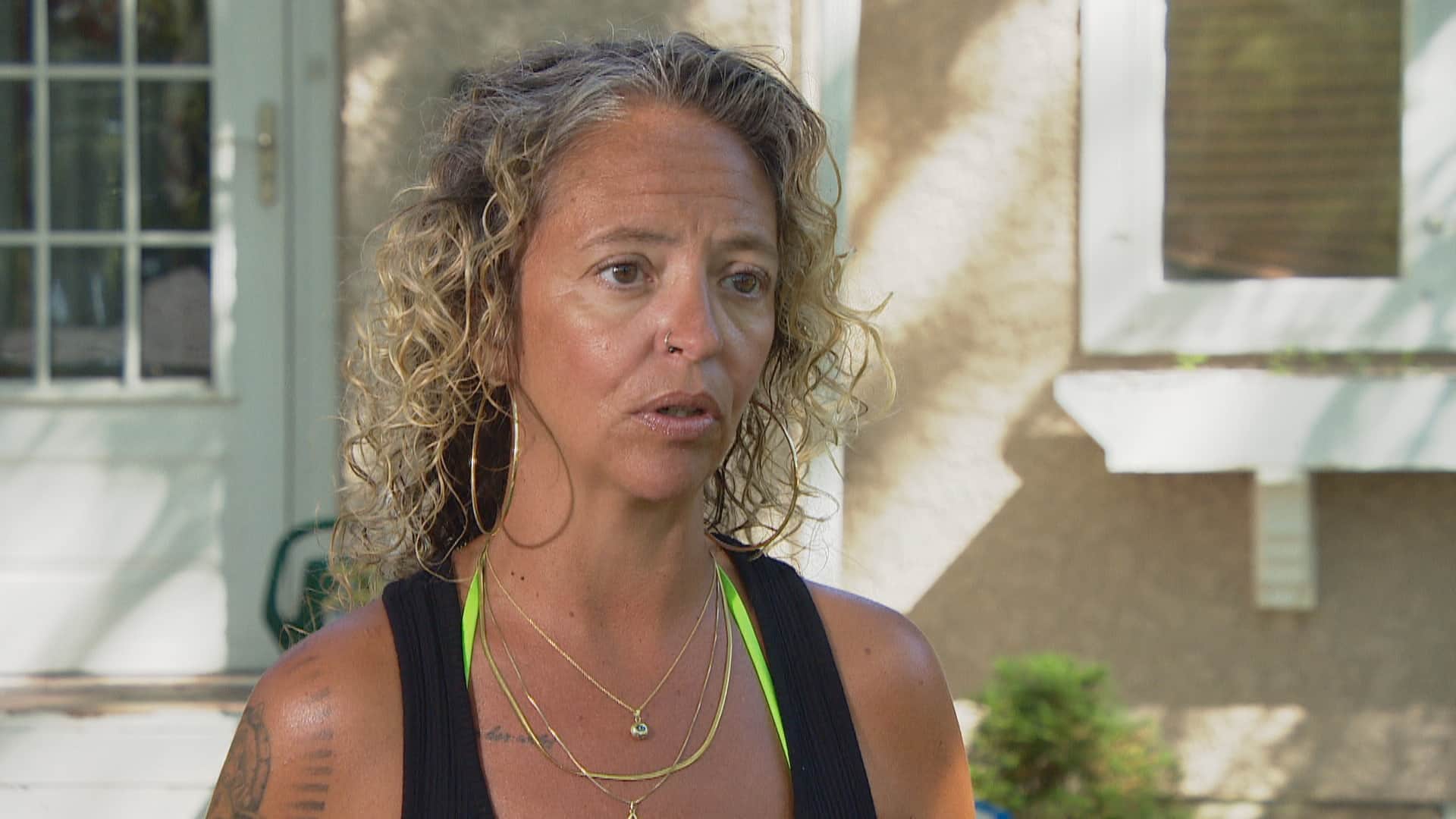 Why accountability and apologies matter in the #MeToo era

Jill Arnott of the University of Regina Women's Centre says people accused of sexual harassment must be given space for second chances and positive change, but it begins with accountability.2:10

Arnott said she will start developing a leadership program come January. She hopes to equip people — particularly men — to become healthy community leaders and to recognize and call out harassment, misogyny and objectification.

The goal is to have men lead the sessions in an effort to draw other men in.

"It takes the onus off of female victims who have traditionally borne that burden."