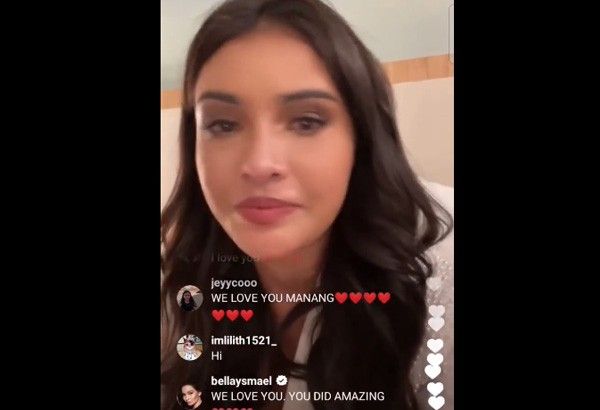 Rabiya failed to wear the sun headpiece that is part of her national costume which resembled a Philippine flag.

In her Instagram account, Rabiya went live to apologize to the people who were disappointed with her performance.

“Tomorrow is preliminary for swimsuit and long gown so maaga ulit kami tomorrow kaya sabi ko I just want to do a quick live to tell you guys na I'm so sorry kung na-disappoint man kayo sa akin but I know I did my best,” she said.

Rabiya also revealed that she cut her finger before the competition as her stockings were filled with blood.

“I even cut my finger earlier and yung stockings ko puno na din siya ng dugo but I keep fighting kahit wala ng oras. I didn't have time to retouch my hair, retouch my makeup. I was there, I was running for pins, I was running for scissors, for everything just to be able to execute the costume really well,” she said.

The beauty queen from Iloilo thanked all her supporters. She said she felt beautiful while walking on stage.

She asked for prayers for all the girls in the competition as she hoped that Filipinos are proud of her.