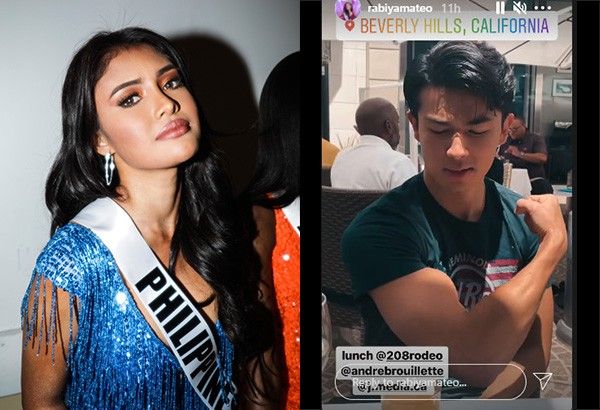 In her Instagram account, Rabiya posted on her IG story a video of Andre dining in an LA restaurant.

It can be recalled that Neil greeted Rabiya on her birthday last November in a lengthy and sweet Instagram post.

“Happy Birthday Love. I still get so emotional and felt so surreal seeing you achieving all the dreams and harvesting all the blessings you deserve for all the hardworks you've done since you were young. Being proud is an understatement to what I feel towards your success, you've sacrificed so much in life but manages to remain optimistic in whatever situation you've faced…” he wrote.

"I've learned so much in life thru you, and I know you'll use the influence you have to spread kindness and optimism to whoever you'll meet along the way. Stay Phenomenal my love!!! I LOVE YOU,” he added.

Rabiya admitted after winning the Miss Universe Philippines pageant last October that she had a long-time boyfriend.

“We’ve been dating for six years. He’s my first boyfriend… We’ve been together since college. I can make a man stay!” she said.