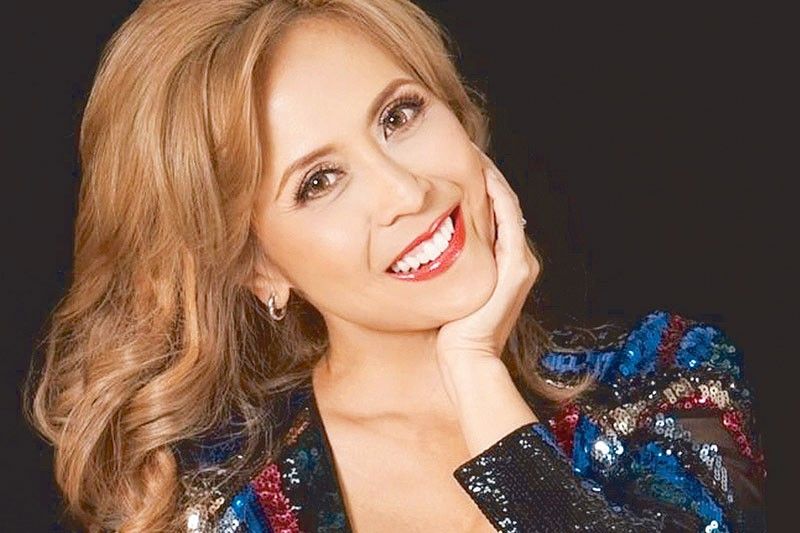 After 11 years of absence from the recording scene, Rachel Alejandro came back stronger with the release of her latest album, Rachel Alejandro: The Great OPM Songbook Vol. 1, her first under Star Music.

It featured eight Original Pilipino Music (OPM) classics, which were given new interpretations to capture the hearts of the younger listeners and the young-at-heart.

Rachel can’t help but feel nostalgic over the songs included in the album. When she was offered by Star Music’s Roxy Liquigan and Jonathan Manalo the opportunity to record for ABS-CBN’s music label, the first thing that crossed her mind was the old songs that she grew up with. And one of them is the key track and Leah Navarro’s hit, Ang Pag-ibig Kong Ito.

“I used to sing that song since I was young. Bumili ang lola ko ng plaka, memorize ko na yung kanta na yun. Leah Navarro was very famous back then, and of course, (my father) Hajji Alejandro, Celeste Legaspi, yung mga kapanahunan nila,” she told The STAR in a virtual call.

And now, she was able to fulfill that wish through this album, a record which is also very special to her because it “brings back memories of childhood and growing up.”

The singer-actress shared to The STAR her fond memories with her dad, Hajji, a hitmaker back in the day, during that phase of her life. “Kasi super barkada kami. Hindi yan lumalakad ng hindi kami kasama, kami ang mga anino niya. So, whether it’s a recording session or musical na nag-re-rehearse siya, I’m always with him to the point na parang memorize ko lahat ng lines ng mga ka-partner niya sa mga scenes.”

She really had a “very, very happy childhood,” and thanks to her dad, who immensely influenced her, and “ended up to be exactly in the same business” as he has in the entertainment industry.

Rachel was on the set of the upcoming drama, psychological thriller series, The Broken Marriage Vow, when she graced the digital media conference for her album launch. She plays Nathalia Lucero in the series, which is based on the British drama Doctor Foster. The Broken Marriage Vow stars Jodi Sta. Maria, Zanjoe Marudo, Sue Ramirez and Zaijian Jaranilla. She last starred in the films Ang Larawan in 2017 and Quezon’s Game in 2019.

The signing of the deal with Star Music was conceived a year ago, while she was in New York. “I was sitting on a couch and honestly, I was looking into my future, and parang hindi ko talaga makita. It’s like, ‘Relevant pa ba ako?’ ‘Kakanta pa ba ako?’ Parang ang layo, layo na ng possibility na magkaka-concert ulit at magkaka-album pa ulit.”

“But for some reason, one thing happened after another,” she recalled. First was the telerserye offer, then the contract agreement with Star Magic and Star Music.

With her timeless tracks Paalam Na, Nakapagtataka, Kay Tagal and Mr. Kupido, Rachel remains a multigenerational artist and actress, dubbed as the original “Queen of Heartbreak Songs.” She hopes to collaborate with young talents like Iñigo Pascual and Krystal Brimner someday.

At 47, Rachel maintains her ageless looks and glow. What’s her “secret to the fountain of youth?” Aside from her “dad’s genes,” she eats healthy, nutritious food (thanks to her health food service company The Sexy Chef), does regular work out, and goes outdoors to get fresh air and sunshine (Vitamin D).

Meanwhile, Rachel is in a long-distance relationship (LDR) setup with her husband of 10 years, Carlos Santamaria. Despite being apart for most of their marriage, she is not bothered with any infidelity and trust issues.

She admitted that the pandemic lockdown was the longest time that they had spent together and she will be going home for the holidays to be with her Spanish journalist other half.

“Ang important sumasagot sa mga messages at sinasagot ang telepono (laughs),” shared Rachel on the LDR. “Because I know him so well, hindi ko na naiisip na there would be a third party or mambababae or anything like that. That’s really out of the question. If you know him, you would agree with me.”

“Siguro dahil he knows me very well din na I’m trustworthy. He always says that I’m very reliable. I think maybe after 10 years of knowing each other, we can trust each other,” she concluded.