Rains seen over Caraga, Davao region as ‘Dante’ slows down 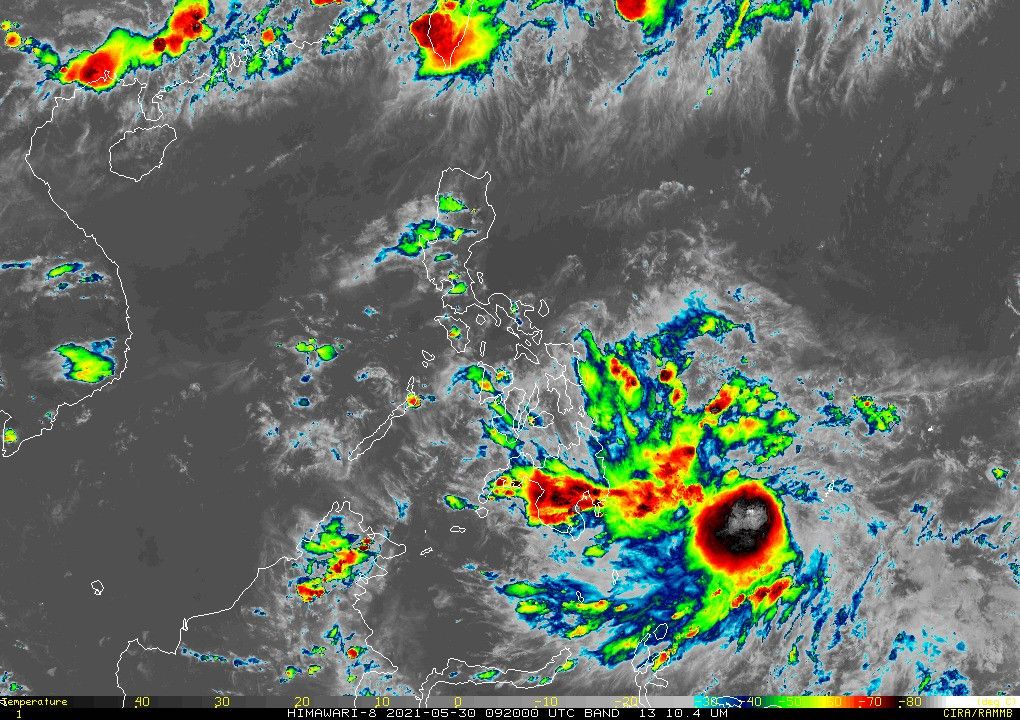 The weather bureau in its 5 p.m. bulletin said the tropical depression returned to its west northwestward direction after shifting westward early this noon.

It was last seen at 835 kilometers east of Mindanao, and continues to carry 55 kph peak winds and gusts of up to 70 kph.

Dante, the fourth tropical cyclone to enter the Philippines this year, is moving anew at a speed of 15 kph.

Light to moderate with at times heavy rains will be experienced over Caraga and Davao region today until Monday evening due to its outer rainbands.

No tropical cyclone wind signals have been raised so far. But the agency said Caraga and Davao region will experience light to moderate with at times heavy rains in the next 24 hours.

"Under these conditions, isolated to scattered flooding (including flash floods) and rain-induced landslides are possible, especially in areas that are highly or very highly susceptible to these hazards as identified in hazard maps," the agency said. "Adjacent or nearby areas may also experience flooding in the absence of such rainfall occurrence due to surface runoff or swelling of river channels."

Still, no tropical cyclone wind signals have been raised but PAGASA is not dismissing the possibility should Dante move further westward in its track.

"There is an increasing likelihood that Dante will reach tropical storm category area by tomorrow morning and will slightly intensify until Wednesday," the agency said, adding that it is seen to weaken by then.

PAGASA has advised that the public and local disaster officials take the necessary measures with the said development. It said those in areas highly or very highly susceptible to hazards follow evacuation and other instruction from local governments.