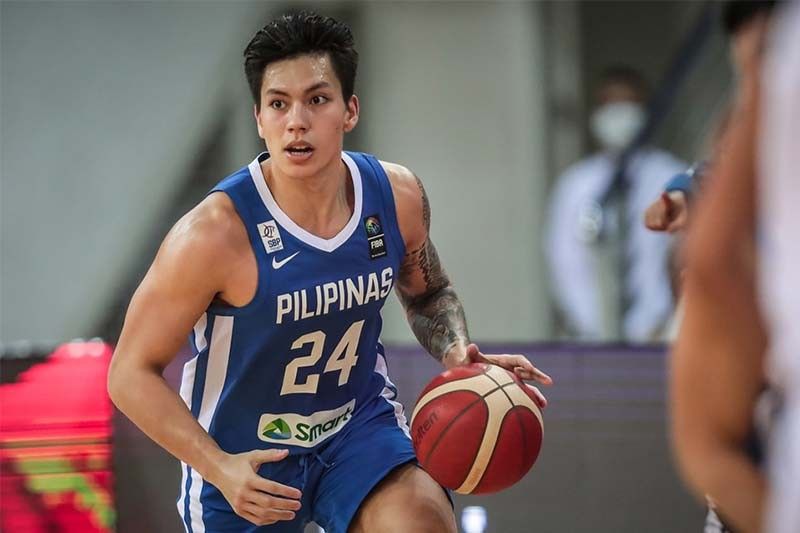 MANILA, Philippines — In only his second game for Gilas Pilipinas, Dwight Ramos proved to be a revelation in a perfect outing against Thailand in Gilas' opener in the second window of the 2021 FIBA Asia Cup Qualifiers in Manama, Bahrain.

What did Ramos do different before the game? Eat a couple of chocolate bars.

The up-and-coming Ateneo star spoke about his 20-point performance on a blistering 7-of-7 from the field, along with seven rebounds, three assists and three steals, in an episode of Tiebreaker Times' The Prospects Pod.

In his first game with the Nationals back in the first window of the Asia Cup Qualifiers against Indonesia, Ramos only tallied five points in 16 minutes of play.

Needing to have shared playing time then with more seasoned veterans in PBA players and other Gilas stalwarts, Ramos found a bigger role for himself this time around.

"From the first game, the ball was probably more in other people's hands… like I had to play a role [to] get the ball to other people," said Ramos.

"But here, maybe I got a bigger role without those guys. I ahve the ball in my hands more. That's probably the biggest difference," he added.

Ramos was only one of the Gilas young stars who stood out in the Bahrain bubble. He and the other cadets established their presence in the national team's future, and even in the present, with their dominating performance.