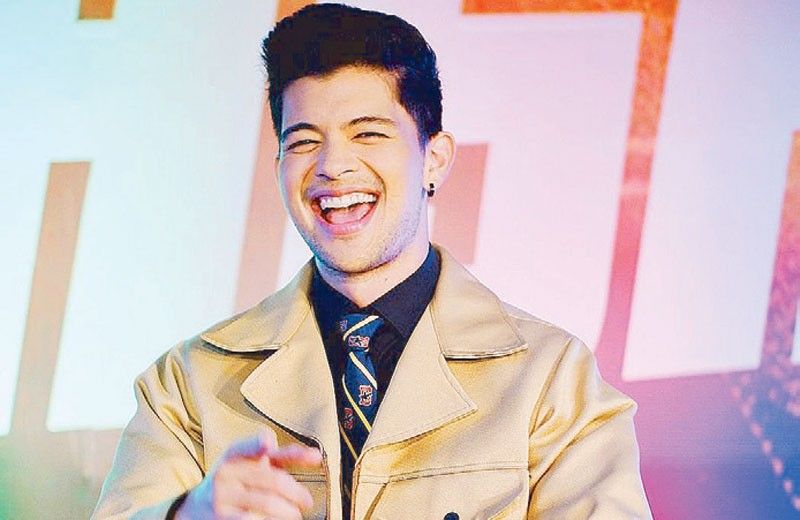 MANILA, Philippines — He is one TV personality who can sing, dance, host and act. His work in All-Out Sundays (AOS), The Clash and Hanggang sa Dulo ng Buhay Ko speaks of it. Putting aside hosting in the skills equation and using the customary theater parlance, he may be considered a triple threat.

Starting today, however, Rayver Cruz revisits the actor side of him as part of Nagbabagang Luha with Glaiza de Castro and Mike Tan as co-stars. The drama series premieres on GMA Network’s Afternoon Prime block after Eat, Bulaga and airs weekdays thereafter.

“We had a choice to watch it,” said Rayver of his preparation for the TV adaptation of the classic Ishmael Bernal film, that starred Lorna Tolentino and Gabby Concepcion, in a virtual media call. By the way, Gabby originated Rayver’s character Alex.

“But I decided not to, I had the freedom (on how to) attack the role. I wanted my approach raw, mas bago yung feel. I have a tendency to imitate (the Alex being presented in the movie) if I get to watch it,” shared Rayver, who also gave his full trust to his directors Ricky Davao and Philip Lazaro in creating Alex from the ground up. He followed their rendition and vision of his character.

“Mabait, mapagmahal sa magulang, lalo na sa asawa niyang si Maita (He is kind, loving towards his parents, and most especially to his wife Maita),” answered Rayver when asked if Alex is the right man for Glaiza’s Maita, whose best friend Bien, portrayed by Mike, has romantic feelings for her.

After the drama-horror Hanggang sa Dulo ng Buhay Ko, Rayver became more visible as a host and performer. That’s why Nagbabagang Luha was a welcome change for him, who had the privilege to be acting opposite Glaiza. He found the experience challenging at first.

“Sobrang challenging, Glaiza is very humble,” said he, “na sabi niya na nahirapan siya, parang hindi naman siya nahihirapan. I would tell her that I got intimidated by her… her presence is very strong as an actress and as a person.” But the lock-in taping had given Rayver the ample time to keep up with Glaiza and get into the groove.

“Napakabait, parang one of the boys (She’s nice and one of the boys),” said Rayver. “Sobrang galing niya talaga, I’m thankful that she was around because through her, everything became easy, parang nadadamay ako sa lakas niyang umarte (Her passion for acting inspired me to be on my toes).” 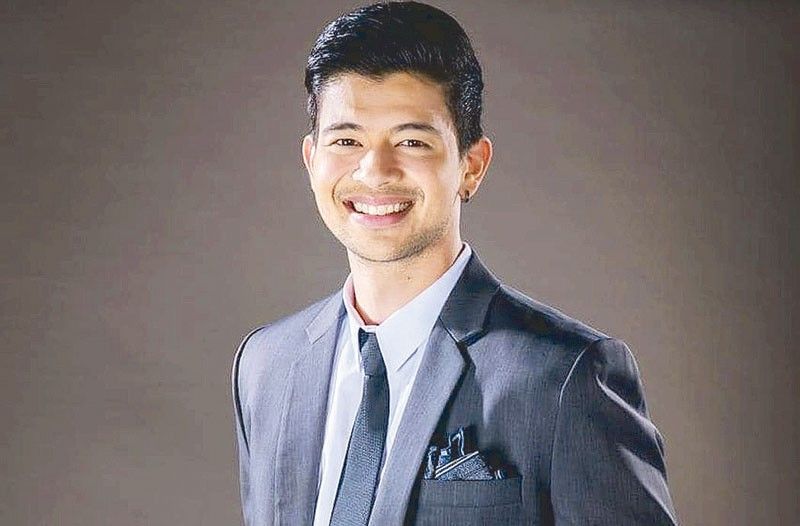 Yes, most of the actors have already acclimated to the new-normal setup. However, Rayver said he misses some aspects of how taping was done pre-pandemic.

“After work, you can go home right away, enjoy the comfort of your bed,” said he. “You can chill a bit before (calling it a day). Then, you’re ready for another taping the next day. For me, if (the new-normal work setup) is necessary to secure everyone’s safety and speed up normalcy, I’m also going for this kind of situation (or setup).”

Staying in a bubble has its own advantages, added Rayver, “like you get close to the people around you. Everything becomes smooth-sailing (everything you need and everybody, from the cast to crew, are in one space). You get to bond with everybody on your rest day. Iba yung camaraderie na na-fo-form, sa lahat ng group, hindi lang sa mga artista.”

One of the possible lessons viewers can glean from Nagbabagang Luha is to be mindful of one’s actions. “Kahit nasaan ka man, kailangan kang mag-ingat lagi, laging pag-isipan ang gagawin mo,” shared Rayver. “(In a relationship,) one mistake could affect the trust partners have in each other and create problems (along the way). Parang nag-crack na yung window, hinihintay mo na lang na mabasag, parang ganun.”

Again, Rayver remains busy given the global health crisis. This has made him more appreciative of every manna he receives from showbiz heaven.

“Every day, you will not take it for granted,” said he. “Despite the situation, we’re able to come up with a good project, we have work and we enjoy it. We also (get to) inspire other people and entertain them through God-given talent. All this drives me to do better and to keep learning in everything that I do, whether it be (performing in) AOS, doing drama or hosting, yun yung nakaka-motivate lalo (sa akin). You know you’re so blessed. I know it’s cliché to say, (but) I’m very thankful.“