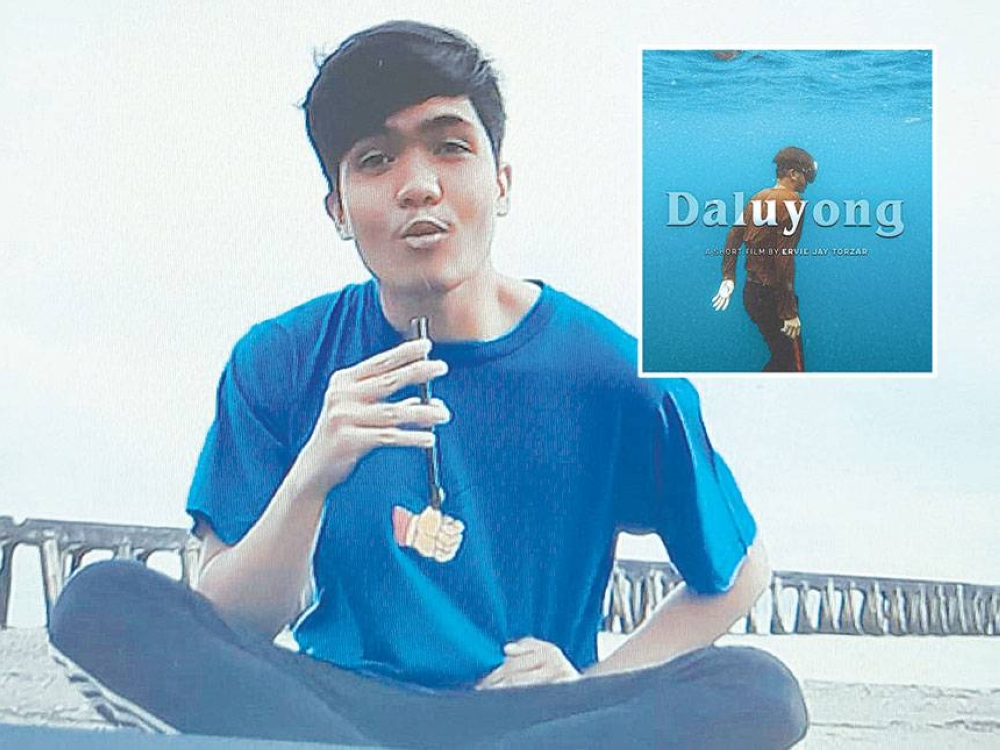 The pride of Quezon Province wins the Grand Prix for his film, ‘Daluyong’ (inset).

Set among the native fisherfolk in Atimonan, the movie depicts the heartwarming story of an aspiring rapper who fishes by day to help augment the family income, only to have his dream cut short when his mother succumbs to the Covid-19 virus.

“Daluyong” bested four other finalists in the Short Feature category before copping the grand prize over Gio Gonzalvez' “Kambalingan,” which was this year's Best Documentary, and Are Jay Peralta's “Proud,” which was declared Best Animated Film.

The three category winners, who will receive P100,000 each, lorded it over an original field of 153 entries, which were later trimmed down to 15 finalists. Torzar will get an additional P100,000 for his Grand Prix win.

Garnering the most number of online votes from July 15 to 29, Jericho Rimando's “The Transfiguration of Marya” won the Viewers' Choice award. Like Peralta, Rimando also competed under the aegis of the University of Makati.

All 15 films may still be viewed online for free via dzrh.com.ph/msff until August 31.