Share
Technology & Science·Video
A well-preserved ice age woolly rhinoceros with many of its internal organs still intact and believed to be between 20,000 to 50,000 years old has been recovered in melting permafrost in Russia's extreme north. 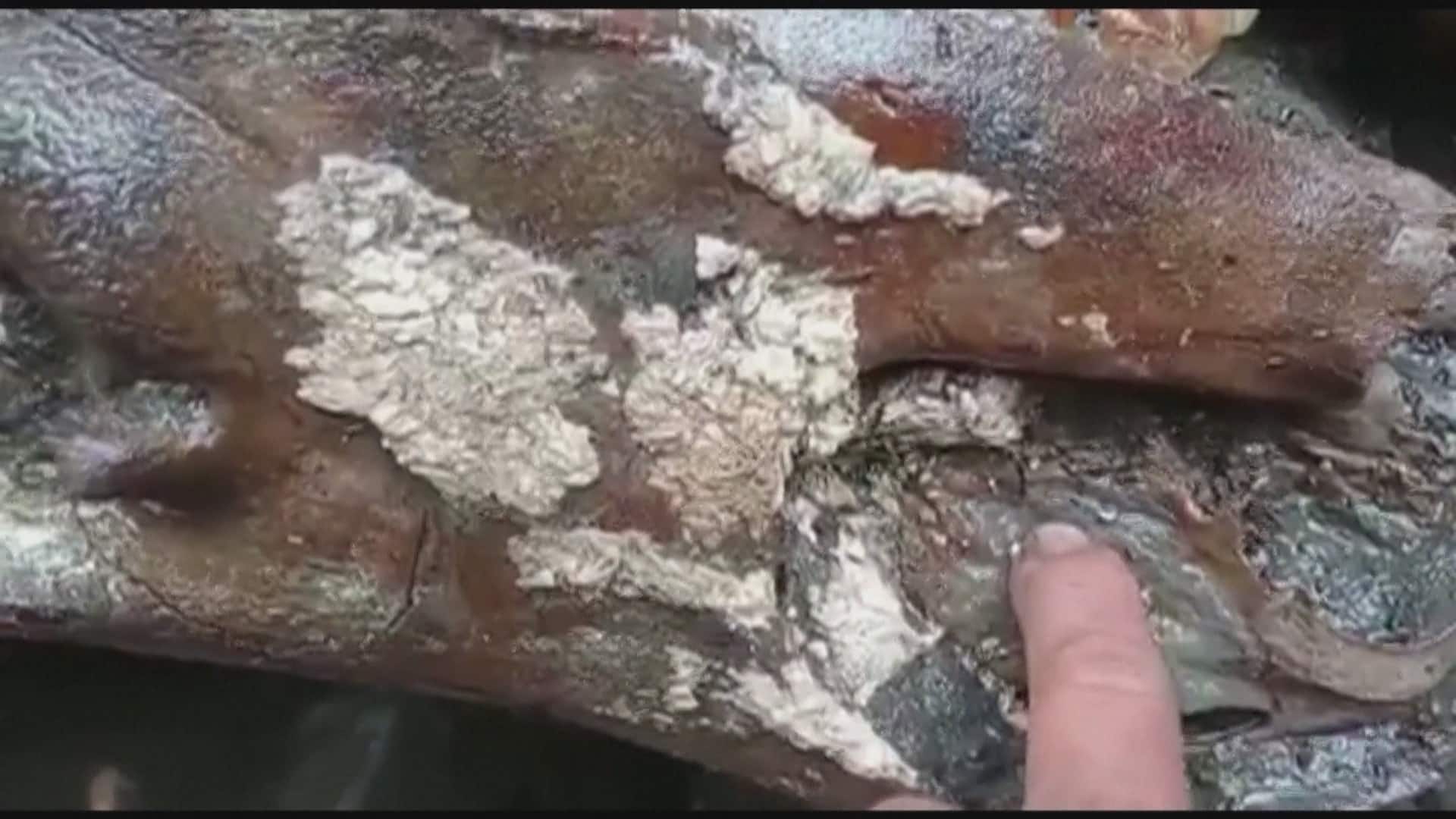 The remains of what is likely a 20,000 year-old woolly rhinoceros was discovered in Yakutia, Siberia, in the melting permafrost.1:38

A well-preserved ice age woolly rhino with many of its internal organs still intact has been recovered from permafrost in Russia's extreme north.

Russian media reported Wednesday that the carcass was revealed by melting permafrost in Yakutia in Russia's far northeast in August. Scientists are waiting for ice roads in the Arctic region to become passable to deliver it to a lab for studies next month.

It's among the best-preserved specimens of the ice age animal found to date. The carcass has most of its soft tissues still intact, including part of the intestines, thick hair and a lump of fat. Its horn was found next to it.

Recent years have seen major discoveries of mammoths, woolly rhinos, an ice age foal and cave lion cubs as the permafrost increasingly melts across vast areas of Siberia due to global warming.

Yakutia 24 TV quoted Valery Plotnikov, a paleontologist with the regional branch of the Russian Academy of Sciences, as saying the woolly rhino was likely three or four years old when it died.

Scientists dated the carcass as anywhere between 20,000 to 50,000 years old. More precise dating will be possible once it is delivered to a lab for radiocarbon studies.

The carcass was found on the bank of the Tirekhtyakh river in the Abyisk district, close to the area where another young woolly rhino was recovered in 2014.

Researchers dated that specimen, which they called Sasha, at 34,000 years old.