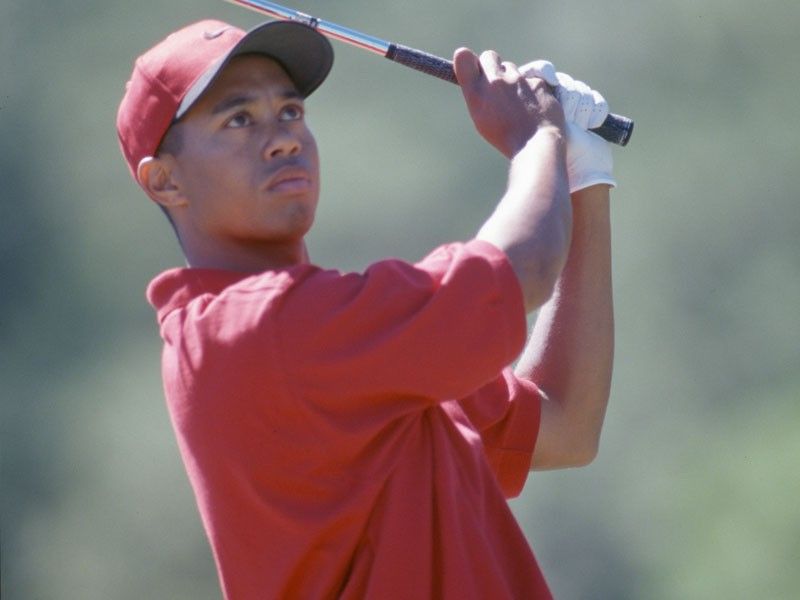 It is sometimes difficult to fathom, but the media circus has traveled with Tiger Woods since before even Twitter and Facebook dominated our world. As a reminder, harken back to 25 years ago — Oct. 6, 1996, to be exact — when the 20-year-old Woods broke through for his first PGA Tour win in just his fifth start.

While the number of journalists on site may have been thin compared to this week’s Shriners Children’s Open — or at least when compared to a month earlier, when Woods made his pro debut in Milwaukee or a few weeks prior when he got into contention at the Quad City Classic in Illinois — the Vegas storylines were plentiful.

Fueled in large part, of course, by players who were none too happy with the great buzz surrounding Woods. “Everything has been Tiger, Tiger,” moaned Fred Funk. “They kind of forget about everyone else out here.”

Such chatter did not fluster Woods, who might have arrived at the Las Vegas Invitational too young to partake in the casinos — “I can watch, that’s about it,” he shrugged — but he was already battle-tested when it came to media scrutiny and more than capable of brushing aside the petty critiques.

Equally impressive was Woods’ ability to nonchalantly put behind him the sort of pedestrian opening round that he produced at Las Vegas Hilton, one of three courses used for the five-round Las Vegas Invitational. With a 70, Woods was eight off Rick Fehr’s lead.

By now, Woods already had already demonstrated the explosive talent that lifted him to three consecutive wins in the US Amateur. After a tie for 60th in his debut in Milwaukee, Woods ran off a T11 in Canada, a share of fifth in Quad City, and a T3 at the B.C. Open. He had shot in the 60s in seven of eight rounds prior to Vegas, so no one was shocked when Woods followed that 70 with a stunning 63 at the host course, TPC Summerlin, and a 68 at Desert Inn to push into a tie for eighth, six off Fehr’s lead.

So, sorry, Mr. Funk, but it mattered little that seven players had better 54-hole scores, or that luminaries such as Davis Love III, Fred Couples, Phil Mickelson, Payne Stewart and Jim Furyk were in attendance. All spotlights focused on Woods, especially because this was a 90-hole tournament, meaning the kid from Stanford had two more rounds to make up the deficit.

Though the third round had kept Woods in the thick of things, it had left him in pain – mentally and physically. He had, after all, played the front nine in 5-under, so finishing with 68 left him seething. But more importantly, Woods had aggravated a groin injury that he insisted dated back to his US Amateur win in Augusts.

“(With) all the golf I’ve been playing, I never gave it a chance to heal,” explained Woods.

His burning desire to do the improbable — earn his PGA Tour card by finishing in the top 125 on the money list in fewer than 10 starts — had prompted the heavy schedule. It had also ignited some controversy, too, because citing burnout, Woods had withdrawn from the Buick Challenge and a dinner at which he was to receive the Haskins Award as the nation’s top collegiate golfer.

Oh, how that got the troops riled up.

“He’ll probably take a little heat for this,” predicted Peter Jacobsen, who was correct. Love told reporters, “He’s a rookie and rookies make rookie mistakes,” while Stewart Cink, a previous Haskins winner, was more direct: “To some degree I think it offends all the players who have won that award.”

A week later, Woods was in Vegas and let the criticism ride. “I got some messages from the guys who said they didn’t exactly say what was written,” he told reporters. “Those guys have been very nice to me.”

His diplomatic skills notwithstanding, Woods had another persona once it came time to peg it up for real. Competitors already noticed the ferocity of his focus.

Nursing that painful groin injury, Woods turned a quiet round into something very intriguing when he eagled the par-5 16th Saturday to shoot 5-under 67 and get within four of the leader, Ronnie Black.

Then, the magic that Woods had shown as an amateur and which would become his calling card as a professional poured forth at TPC Summerlin in the fifth round. A birdie at the first got the fans into an early frenzy, then came an eagle at the par-5 third to kick it up another notch.

Woods kept his foot on the pedal. Birdies at Nos. 9, 11 and 13 were electric. A birdie at 14 pulled him into a tie and a two-putt birdie at the 16th gave him the clubhouse lead.

From the practice range, Woods got word that Love had made a late eagle and birdie to pull into tie, at 27-under.

Months earlier, young and brash, Woods had told Love that it was his dream to go head-to-head down the stretch and beat the established superstar, to which Love had replied something like, “Good luck, I hope you get the chance.”

Much to Love’s chagrin, that chance arrived at TPC Summerlin and Woods wasted little time in cashing in. A fairway-splitting 3-wood at the 18th hole, followed by a 9-iron to 20 feet applied the sort of pressure that would soon become his calling card.

“He would know I was in position for birdie,” Woods said, confirming that it was his strategy to hit first into the first playoff hole.

The kid’s maturity already uncanny, he was correct; Love couldn’t match the shot, delivering an 8-iron into a left bunker. After Woods deftly two-putted for par, he watched Love miss a 6-footer, so hats were doffed and handshakes exchanged.

The oversized mock check for $297,000 still hangs in Woods’ office. But what resonates more profoundly is the post-game quote from Love, then 32 and at the height of his career.

“As disappointed as I am, I’m that much happy for him,” said Love. “He’s a great player and he’s great for the Tour.”