Yet the report by the National Academy of Sciences in Washington stops short of saying the same about Canadian diplomats and their families in Havana and instead leaves open the possibility of other causes.

The report represents the latest attempt to explain the mysterious illness known as Havana syndrome that started causing headaches, dizziness and cognitive problems in American and Canadian diplomats in Cuba in 2016.

Five Canadian diplomats and their families are now suing Ottawa for more than $28 million, saying the federal government failed to protect them, hid crucial information and downplayed the illness.

While the Canadian government has said it is trying to pinpoint the cause, speculation has largely focused on some kind of acoustic or microwave assault, an unknown contaminant such as a pesticide and even chirping crickets.

The National Academy of Sciences report says the symptoms and features of what U.S. diplomats were experiencing were unlike any known disorder, "including those with known infectious, inflammatory or toxic mechanism."

Rather, the report says, the diplomats' complaints of experiencing sudden pain, intense pressure in the face, a loud piercing sound in one ear and sudden dizziness and nausea were "more consistent with a directed radio frequency energy attack."

WATCH | The Fifth Estate investigates what made the diplomats sick: 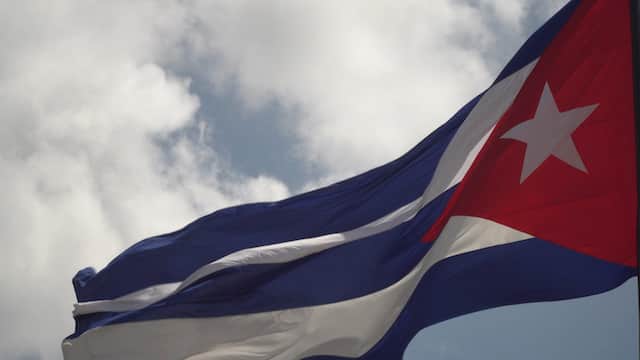 Havana Syndrome: Investigating what made the diplomats sick

Jayme Poisson digs into a new Canadian study that tries to solve the mystery of what caused dozens of Canadian and US diplomats in Cuba to become sick.18:12

"Studies published in the open literature more than a half century ago and over the subsequent decades by Western and Soviet sources provide circumstantial support for this possible mechanism," it later adds.

Yet the report makes no such assertions on what happened to the Canadians. It instead leaves open the possibility that their illnesses were caused by a viral infection, exposure to a toxic chemical or some other factor.

Paul Miller, the lawyer representing the Canadian diplomats suing the government, said that is because there are several errors in the report — including an assertion that the Canadians did not experience the same sudden pain and loud noise as their U.S. counterparts.

"To suggest in any way that our clients did not have the perception of loud sounds or a sensation of intense pressure or vibration is just incorrect," Miller told The Canadian Press on Sunday. "They all heard things to different degrees. One family heard it quite loudly and suffered pretty immediate injuries. Others heard it and felt unwell within a day or two.

"If that information is corrected, you might see a different conclusion by the U.S. folks."

Miller noted that the U.S. researchers did not interview the Canadian diplomats. The report instead says it relied on a study by Halifax's Dalhousie University and available descriptions of the Canadians' symptoms and complaints.

The Dalhousie study pointed to neurotoxins, such as pesticides used to kill mosquitos during the Zika epidemic, as the most likely reason. Miller's clients have disputed that finding, saying more people would have suffered the same symptoms if it were true.

The U.S. report comes as the lawsuit between the Canadian diplomats and the federal government remains unresolved, with Miller hoping for a motion brought by the government to have the diplomats excluded heard by the court next year.

Global Affairs Canada did not respond to requests for comment on Sunday.