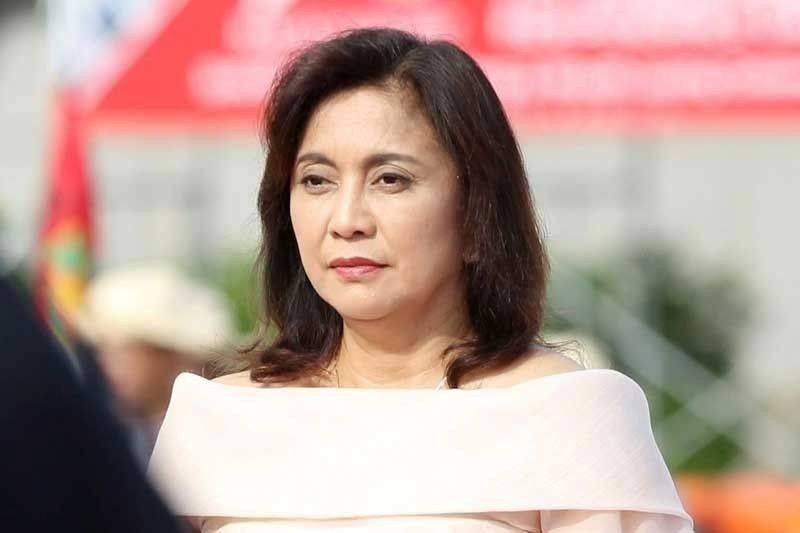 MANILA, Philippines — The office of Vice President Leni Robredo claimed that posters and tarpaulins in support of her presidential bid were taken down in the cities of Masbate and Zamboanga, even though they were placed on private property.

In a statement on Thursday, Robredo’s spokesperson Barry Gutierrez said they received reports from the vice president’s supporters from Zamboanga City that their tarpaulins, posters and ribbons were removed from Wednesday evening to Thursday morning.

The alleged taking down of tarps, posters and ribbons came before President Rodrigo Duterte came to Zamboanga City.

The Youth for Leni chapter in Zamboanga City posted on Facebook that campaign materials for Robredo were taken down, including a tarpaulin erected on a private property near the airport.

"Aren’t all these signs of suppression and oppression? Aren’t we supposed to practice tolerance and freedom of expression regardless of political color?" Youth for Leni – Zamboanga City said.

Gutierrez said they also received complaints from Robredo’s supporters in Masbate City who said their posters and tarpaulins were removed on the eve of her visit to the city on Tuesday.

“This is a violation of the right of all Filipinos to freely express their support for a candidate and should not be done by anyone, especially in a democratic country like the Philippines,” Gutierrez said in Filipino.

Robredo’s spokesperson said these campaign materials were made and paid for volunteers as part of their “people’s campaign,” which the vice president is heavily banking on sans a massive campaign war chest and political machinery.

“To those who are doing this, how afraid are they that they are taking down even posters of VP Leni being put up by our volunteers?” Gutierrez said.

Since announcing her candidacy, Robredo has picked up in pre-election polls, but is still far behind the leading presidential aspirant, former Sen. Ferdinand “Bongbong” Marcos Jr.

Polls this early, however, have historically failed to predict the outcome of the elections. — Xave Gregorio