Rough year for democracy in Brazil

Rough year for democracy in Brazil 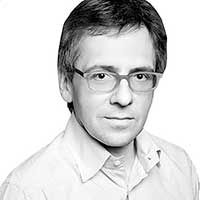 “I have three alternatives for my future: being arrested, killed or victory.” Even for a man who loves tough talk, that’s an unusually incendiary recent comment from Brazil’s President Jair Bolsonaro. Should we take his words at face value? Is Brazil’s democracy at risk?

Next year, Brazil will stage the world’s most troubled election. Bolsonaro will face a formidable challenge from former president Luiz Inacio Lula da Silva, who was released from prison and a corruption conviction in November 2019. A poll last month from XP/Ipespe found that 54 percent of Brazilians rate Bolsonaro’s presidential performance as “bad or terrible.” Just 23 percent said his work was “good or great.” It also found that if elections were held on the day of the survey, 40 percent would vote for Lula and just 24 percent would choose Bolsonaro.

With the election more than a year away, it’s far too early to write off Bolsonaro’s re-election chances, but a series of scandals are taking a toll on his chances. Ongoing criminal investigations into procurement of vaccines and the president’s campaign to discredit Brazil’s electronic ballot system have Bolsonaro in a fighting mood. Brazil’s Senate is looking into the government’s coronavirus strategy. COVID has killed more than 570,000 people in Brazil.

Bolsonaro has a plan. He demands an electoral reform law that would require printed ballot receipts to audit the results. This isn’t a new strategy. Bolsonaro claimed election fraud after his 2018 victory, insisting he should have won without a second-round runoff. Though Brazil’s president has actively used social media to advance his case, no credible evidence of fraud has been presented. He has also warned that next year’s election “may not happen” if Congress does not pass his election reform bill into law. There is no chance that Brazil’s congress will comply.

Sound familiar? Surely you’re thinking about Donald Trump. The parallels are there. The crucial difference is that, while Brazil’s institutions are very strong by developing country standards, they don’t have the history of durability of those in the US. Brazil shed its military dictatorship only in 1985.

Brazil’s two sides are digging in. Party leaders in Congress, including some within Bolsonaro’s legislative coalition, have publicly opposed his charges and demands. The head of Brazil’s electoral court declared last month that there is nothing wrong with Brazil’s current voting system. Judges in both the supreme court and electoral court are pressing legislators to oppose his electoral reform plan. This response bolsters Bolsonaro’s claims that Brazil’s political institutions want to see him lose, but it also limits his ability to manipulate the election outcome.

Another important difference with the American case: Brazil’s election is conducted at the national level, not at the state level as in the US. That makes Brazil’s results harder for a president to contest.

For all these reasons, Bolsonaro isn’t going to overturn or postpone the election. But there’s another worry. More Brazilians (46 percent) support Bolsonaro’s electoral reform than oppose it (40 percent). More than one-third of Brazilians say their country’s electoral system has low to zero credibility. 30 percent are ready to believe that a presidential election can be stolen, and that number will surely grow as elections approach.

It’s also hard to gauge how Brazil’s military might respond to a disputed result. Bolsonaro, a proud former soldier, enjoys broad support within the armed forces, and he has appointed a number of generals to serve as ministers in his government. We’ve seen the potential implications of that when Defense Minister Walter Souza Braga Netto was accused of pressuring the head of Brazil’s lower house to approve the president’s election reform. (Braga Netto denies this charge, and the government has threatened to sue a leading national newspaper in Brazil for reporting it.)

The military leadership is highly unlikely to support a challenge from Bolsonaro if he loses the election, even if the hated Lula is declared the winner. The worry is that regular troops and state military police might stop following orders. Brazil’s mostly anti-Bolsonaro governors lead these forces, but the president is much more popular with state military troops. If they believe the presidential election has been “stolen,” it’s impossible to know how they’ll respond to Bolsonaro’s calls for help. This is why the risk of political violence – and even crisis – in Brazil will reach its highest point in decades in 2022.

It will survive Bolsonaro too. But high political anxiety is already taking hold in Brazil, and the risk of political violence is real. South America’s largest democracy is in for a rough year.

Ian Bremmer is the president of Eurasia Group and GZERO Media and author of Us vs. Them: The Failure of Globalism.