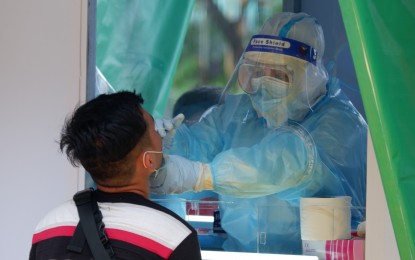 The statement came in the wake of a report that a new variant that can evade some test has been detected in France last month.

“Ang sinasabi nila, RT-PCR not only uses the S gene, mayroong iba’t ibang genes na ginagamit for us to detect the virus so ‘yong nakita nila na nag-fail sa S gene o ano pang gene na ginamit, sa ibang gene hindi naman daw nakita ‘yong ganyang pagbabago so bottomline would be pag-a-aralan pa (They said that RT-PCR does not only use the S gene, it can also identify other genes to detect the virus. So what they failed to see was the S gene. In other genes, no change was observed so the bottom line here is that they’re still studying this),” she added.

Eight patients in the Côtes d’Armor in northwestern France reportedly showed typical symptoms observed in a Covid-19 case but their nasopharyngeal samples turned out negative in the RT-PCR test.

The French Ministry of Health said the diagnosis had to be made by serology or by performing RT-PCR on deep respiratory samples.