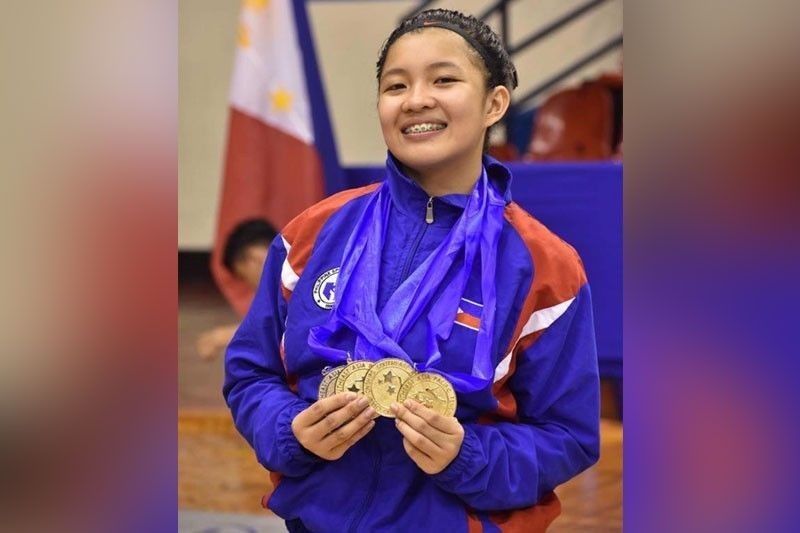 MANILA, Philippines – The country’s brightest hope in sending a Filipino fencer to the 2024 Paris Olympics lies in the hands of a talented 19-year-old in Samantha Catantan.

The Penn State Most Valuable Player (MVP) came tantalizingly close to claiming a Tokyo Games slot in July but fell short and settled for a bronze medal in the Asia Oceania Olympic Qualification Tournament in Tashkent, Uzbekistan last week.

And what made it so heartbreaking was the fact that she had beaten Singapore Amitha Berthier twice before the latter took the foil gold and the lone spot to the quadrennial event.

Catantan defeated Berthier, a 2019 Southeast Asian Games gold medal winner, in the US NCAA’s pool play months before and the elimination round in Tashkent but couldn’t sustain her form and lost to Uzbek Yana Alborova in the semis.

Berthier eventually bested Alborova in the finals to make it to Tokyo.

“It was a learning experience,” said Canlas, who dedicated their recent feat to the former Philippine Olympic Committee president and national fencing chief Celso Dayrit, who passed away recently.

While looking ahead to Paris, Catantan said her immediate plan is to fly back to the country in Ormoc in June to join the qualifying tournament for the Hanoi SEA Games in November.