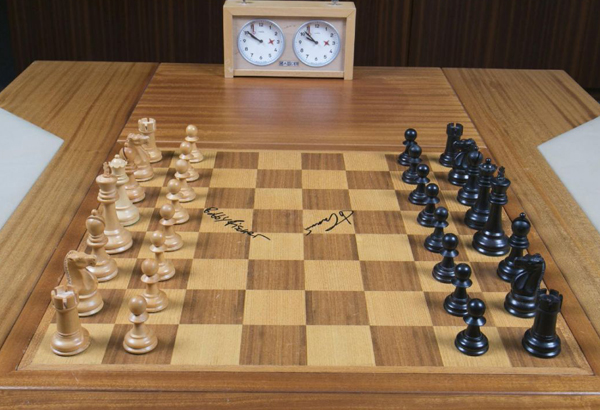 MANILA, Philippines — The protagonists of the recently concluded Wesley So Cup – the champion Iloilo Kisela Knights and the first runner-up San Juan Predators – both fashioned out similar wins in the September 18 double-header of the Professional Chess Association of the Philippines-San Miguel Corporation-Ayala Land Premier Cup.

However, the Predators got a huge lift from their lady player WIM Jan Jodilyn Fronda, IM Ricky de Guzman (although he lost the blitz match against IM Cris Ramayrat), and homegrown players FM Arden Reyes, Narquingel Reyes, and Narciso Gumila.

In their second match, it was only Cagayan’s Don Tyrone Delos Santos who managed a measly 0.5 while the rest of his teammates were blanked in the shellacking.

Iloilo put up a 5-2 lead in blitz play then proceeded to send the Surigao Fianchetto Knights crashing back to Earth in rapid play, 13-1.

Surigao defeated the Cordova Dutchess Dagami Warriors, who did very well in the last conference, in last Wednesday’s clash, 12-9.

In the Kisela Knights’ second match, they took the blitz competition, 4-3, and managed a 7-7 draw in rapid chess for the slim, 11-10 win.

San Juan is the only remaining team in the North Division that is without a loss (3-0) while Iloilo and Negros are both undefeated in the same number of matches although the former are ranked ahead by percentage points, 47.5-47.

Share
Previous Young Indigenous voters in Sask. share their priorities ahead of the federal election
Next Malditas’ match hero vs Nepal Camille Wilson reveals she came off injury