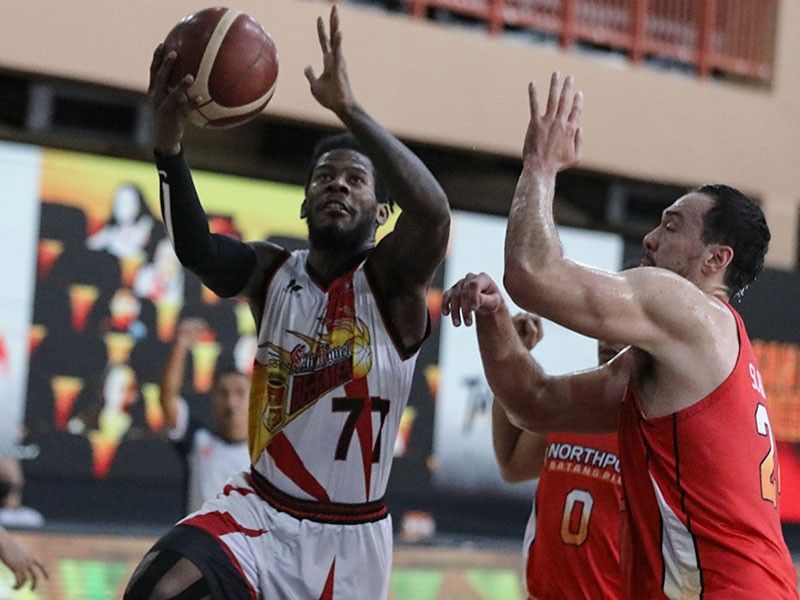 MANILA, Philippines – The stage is set for a titanic semifinal duel between TNT, the dominant top seed, and San Miguel Beer, the No. 4 squad that tainted its otherwise perfect run.

With TNT waiting in the wings, the Beermen took care of business and finished off No. 5 NorthPort, 100-95, to seal the explosive matchup in the 46th PBA Philippine Cup Thursday in Bacolor, Pampanga.

The Beermen seized a 13-point spread in the third and kept the Batang Pier at bay the rest of the way en route to a follow-up to their thrilling 88-87 Game 1 escape act and a 2-0 sweep in the short quarterfinal series.

Before this, the Beermen haven’t been in the Last-4 since the 2019 Commissioner’s Cup, the last title they’ve won. The powerhouse squad crashed out in the quarterfinals of that year’s season-ending Governors’ Cup and the 2020 All-Filipino in Clark.

Next up for SMB are the Tropang Giga, who punched the first ticket to the best-of-seven semis with an 84-71 ouster of eighth-seeded deposed champ Ginebra last Wednesday. Austria's troops brace for a high-powered opponent intent on avenging its lone loss of the tournament, 67-83, last Sept. 8.

“TNT is deserving to be No. 1 and it just happens nagkaroon kami ng opportunity na talunin sila noong eliminations, That gave us some confidence but the semifinals is a different story. We know they’re on a roll, they’re playing beautiful basketball and it’s tough to beat TNT,” said Austria,

Greg Slaughter turned in a 27-point, 12-rebound effort to lead NorthPort, which only got 12 from gunner Robert Bolick.