Sarangani gets P75-M for housing projects 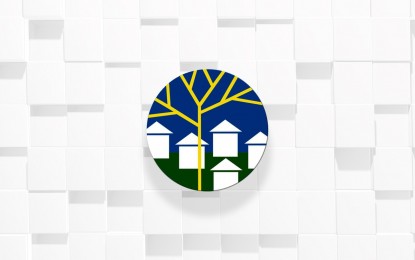 Engr. Erasme Madlos, NHA-Region 12 manager, said Monday the initial preparatory works are targeted to start by next month for the development of the housing projects in the municipalities of Kiamba, Maasim, and Glan.

He said they formally signed separate memorandums of agreement (MOA) last week with the three local governments to set off the full implementation of the projects.

Madlos and NHA district manager Rizalino Cabahug signed the agreements for the agency with mayors Danny Martinez of Kiamba, Zyrex Pacquiao of Maasim and Vivien Yap of Glan.

The forging of the MOA was facilitated by Sarangani Rep. Rogelio Pacquiao, who helped push for the approval and funding of the housing projects.

Madlos said the agency has approved grants of PHP25 million each to the three municipalities for the development of their resettlement areas under the flagship Resettlement Assistance Program for Local Government Units.

“The housing assistance is intended for informal settler families affected by infrastructure projects and those living along danger areas,” he said in a statement.

The official said at least 80 housing units will be established in approved sites in barangays Tamadang in Kiamba, Poblacion in Maasim and Kapatan in Glan.

A project briefer said the target beneficiaries are families settled near the shorelines, those with court orders for eviction, and households affected by the infrastructure projects of the concerned municipalities.

Also qualified are urban poor families who qualify for relocation and resettlement under Republic Act 7279 or the Urban Development and Housing Act of 1992.

The implementation of the housing projects are in consonance with Executive Order No. 90 issued in 1986 that mandates the “NHA as the sole production agency to meet the housing needs of low-income and marginalized families.”

Madlos said the three housing projects are among the 11 that were approved for funding and implementation this year in Region 12 (Soccsksargen).

He assured that NHA will continue to support the efforts of local governments in providing adequate housing for their poor residents. (PNA)