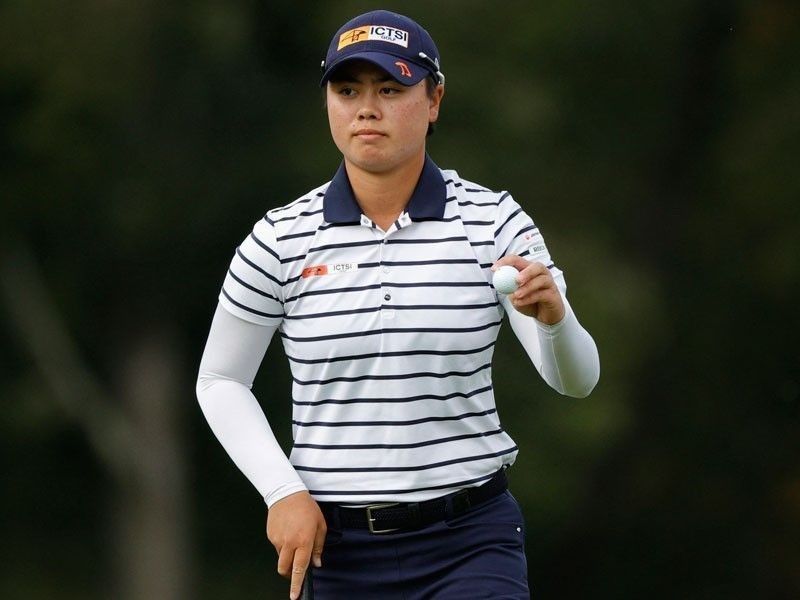 MANILA, Philippines – She pressed her bid early, ramming down an eagle and hitting a birdie after 8 holes to spark hopes of an explosive start for the reigning US Women's Open champion. But the anticipation turned into frustration as Yuka Saso uncharacteristically stumbled with a poor finish that virtually recast her from being a chief contender into one of the challengers.

Saso bogeyed two of the last seven holes, nearly squandering a three-under frontside card, her 71 dropping her instead to joint 29th, four strokes behind a solid Thai Patty Tavatanakit at the start of the HSBC Women’s World Championship at Sentosa’s Tanjong course in Singapore Thursday.

Threatening to grab the early spotlight in the $1.7 million event with an eagle-3 on No. 5 and a birdie on the next long hole (No. 8), the Filipino-Japanese suddenly lost her momentum after failing to get up and down on the 12th and slipped farther back of the leaderboard with another miscue on No. 14.

But despite her wobbly finish, Saso, who dropped to world No. 8 this week and dropped by Manila before setting out for one of the two LPGA Tour events in Southeast Asia, stayed within striking distance of the leader with still three rounds left in the 65-player tournament with no miss cut.

The Honda LPGA Thailand will be held in Pattaya next week.

Tavatanakit, also a major winner in the ANA Inspiration last year, also sizzled with a three-under card but unlike Saso, she sustained her run at the back, birdying Nos. 13 and 16, both par-5s, to wrest a one-stroke lead over American Danielle Kang, who blew a fiery front 31 with bogyes in the last two holes.

Kang, winner of the one of the first three Florida events that marked the start of the new Tour season, actually went six-under with a birdie on No. 13 but fumbled with a bogey on No. 15, regained the stroke on the next before that erratic finish.

She slipped to second with a 68 in a tie with Korean A Lim Kim, a former US Women’s Open champion who fired a bogey-free 32-36 round, and multi-major winner Inbee Park, who also missed grabbing a share of the lead with a last hole bogey for her own version of a 32-36 card.

Jin Young Ko, a Solaire brand ambassadress, overcame a double-bogey mishap on the par-3 No. 4 in her first tournament in the season as she birdied five of the last 11 holes to save a 36-33, while Ko, who topped the Gainbridge LPGA last month, shot seven birdies against two bogeys after 14 holes but double bogeyed the closing par-4 hole for a 33-36 and missed gaining a shared view of the top.

With a pair of 33s, Saso and Lydia Ko looked headed for a backside shootout but as the latter rebounded from a bogey on No. 12 with three birdies in the next four before that last hole disaster, the former failed to deliver, missing cashing in on the layout's last two par-5s.

That guarantees a furious second round battle that could lead to a wild weekend battle of shotmaking, wits and poise.