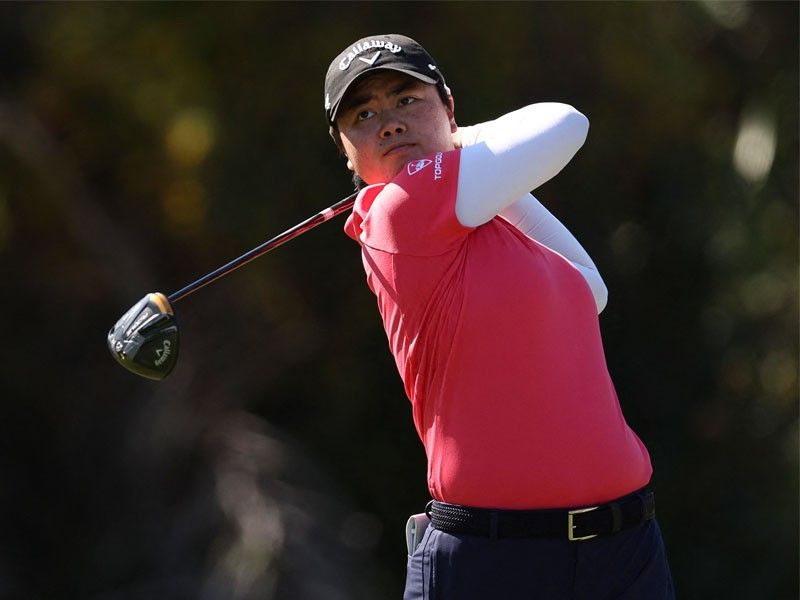 MANILA, Philippines – Fresh off a break and a reunion with relatives, friends and supporters back home, Yuka Saso sets out for perhaps her toughest start on the LPGA Tour, drawing world No. 1 Jin Young Ko and No. 3 Lydia Ko in a marquee matchup marking the start of the HSBC Women’s World Championship at Sentosa’s Tanjong course in Singapore Thursday.

Though she dropped one rung to No. 8 in the world ranking, the Filipino-Japanese is so focused on the task at hand, training her sights solely on producing a solid result this week and in the other LPGA stop at Honda LPGA Thailand in Pattaya next week. She duels the two Kos at 10:28 a.m. on No. 1 of the posh, par-72 layout.

Saso drew some kind of inspiration and motivation coming off a 13-day homecoming to Manila after a two-year campaign abroad following a successful pro career launch in Japan. She also used the visit to her native home to acclimatize ahead of the two LPGA events in Singapore and Thailand.

“I think there is some advantage when it comes to time, more or less jet lag compared with those players coming from the US. That’s one of the reasons why I came back earlier,” said the ICTSI-backed reigning US Women’s Open champion.

But the rest of the elite 65-player field sure is coming into the $1.7 million event all geared up with Jin Young Ko out to create an impact in her first LPGA event in the season after skipping the first three legs in Florida and Lydia Ko all fired-up to score a follow-up to her victory at Gainbridge LPGA last January.

“I’ve been putting myself in contention a lot and I think when you start doing that more often, you just get a little bit more confidence,” said Lydia Ko. “Week in, week out, the technique and skill things do not change that much. But when you get in a good rhythm of things, I think sometimes some putts that might have lipped out, lips in.”

Also marking her Tour start is defending champion and world No. 12 Hyo Joo Kim, who drew Thai Ariya Jutanugarn and Swede Madelene Sagstrom in the 9:40 a.m. group, also on No. 1 of the posh, well-maintained layout.

“I’m very excited to back here at Sentosa to try to defend my title. I know it is going to be tough as there are so many great players in the field this week but from the moment I arrived here at Sentosa, all of the positive memories from last year came back to me and I felt immediately more confident,” said Kim.

The stellar field is made up of aces from 20 countries, led by 20 major winners. It also includes 40 players who have won at least LPGA title and 26 have posted victories in the Ladies European Tour.

World No. 2 Nelly Korda, however, has opted to skip the Tour’s SEA swing and will resume her campaign in the JTBC Classic on March 24-27 in Carlsbad, California.

But she and sister Jessica won’t be missed with the likes of Daniella Kang, winner of the kickoff leg at the Hilton Grand Vacations, also last January, back in the hunt with the world No. 4 set for the last group at 10:40 a.m. on No. 1 with Irish Leona Maguire and Japanese Nasa Hataoka.

Saso said she hopes to cash in on her local knowledge of the Tanjong layout, having played the layout during the course of her rise to the elite circle of women’s golf.