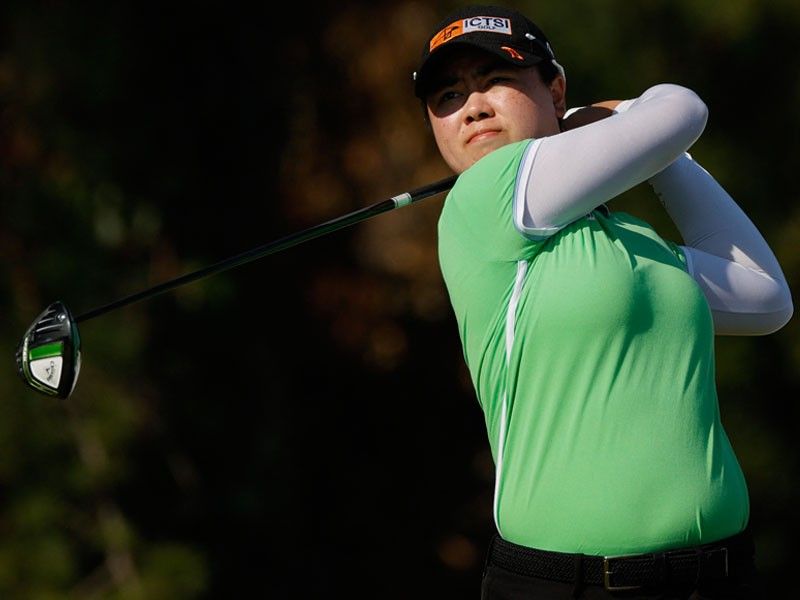 MANILA, Philippines – Yuka Saso was all fired up after burying an eagle putt from seven feet on No. 3, her eyes perhaps lighting up for a potential crack at the ShopRite LPGA Classic championship.

Three holes later, she started to wonder as her putter began to sputter.

“It wasn’t that the ball was rolling badly and the pin placements were difficult. I just couldn’t get the line and the speed,” rued Saso, who three-putted No. 6 and failed to rescue another par off the bunker from short range on the par-3 15th.

Ending up with 34 putts after back-to-back 26s in a day when Celine Boutier and Brooke Henderson tamed the terrors lurking on Seaview’s Bay course’s tricky surface with solid 63 and 64, respectively, Saso wound up at joint 19th with a 69 in New Jersey Sunday (Monday, Manila time).

While Boutier and the rest of the contenders wielded hot putters, Saso wrestled with her stick after that eagle feat off a solid 4-iron second shot from 190 yards on the par-5 No. 3 as she muffed birdie chances after birdie chances and bowed out of contention despite hitting all but one green.

Henderson matched Boutier’s stirring round but came a birdie short of forcing a playoff, her seven-under output dropping her to joint second at 200 with Jin and Park, who slowed down at the backside of the par-71 layout after a fiery frontside duel and finished with identical 69s.

“It was such a surreal day. I knew I had to shoot a low score to even have a chance,” said Boutier, who with the Canadian ace started out five shots behind the Koreans but pulled within with scorching 31 and 32 cards at the front, respectively. “Then after No. 18, I had left everything on the course.”

“I was expecting to go into a playoff. It was already in my mind having to prepare for that. That fact that neither Jin Young nor Park birdied No. 18 really left me kind of stunned. I’m still surprised about it,” said the 27-year-old Frenchwoman, who nailed her second LPGA victory worth $265,500.

Saso also did expect to contend, particularly after that early eagle exploit but was just as shocked when her putting turned from being friendly to hostile.

With birdies on Nos. 8 and 14, the ICTSI-backed shotmaker wound up with a two-under card for a 206 total and a share of 19th with seven others in a big letdown for the US Women’s Open champion who came into the 54-hole championship brimming with confidence following a tied for fourth effort in the Arkansas Championship last week.

She stood just two shots off the pace at joint 11th with an impressive opening 67, dropped four shots farther back to a share of 16th with a 70 Saturday but pulled to within striking distance with that early eagle feat.

“I don’t think I’m ready. I want to get good results in every tournament,” said the 20-year-old Olympian gearing up for a big rebound in the $3 million Founders Cup beginning Thursday (Friday in Manila) in West Caldwell, also in New Jersey.

As Saso struggled on the surface, Bianca Pagdanganan mounted her own rally from joint 32nd with a fiery backside start of 31. She birdied the first hole to go four-under and tied Saso and a slew of others at seven-under overall but reeled back with back-to-back bogeys from No. 7.

She birdied the last to card a 68 for joint 27th at 207 even as Dottie Ardina matched that three-under finish for a share of 44th at 209.

But the day belonged to Boutier, who rallied from five down at joint 10th with a scorching start and a solid finish to frustrate Koreans Jin Young Ko and Inbee Park, the world’s No. 2 and 3, respectively, and equally hot-charging Brooke Henderson of Canada,

Boutier, 27, worked her way back into contention with a six-birdie binge at the front with Henderson, also five off at the start of the final round, coming away with a five-birdie splurge of her own.

But the former could get no closer than three as Jin stayed in control with a 34 and erstwhile co-leader Park yielded the solo lead with 35.

As the pressure mounted and conditions got tougher at the back, Boutier ran off a slew of pars then birdied two of the last to complete a solid 31-32 round then watched Jin fell short of forcing a playoff with a bogey on No. 15 in a birdie-less stint in the last nine holes for a 34-35.

Park also missed a couple of birdie chances and settled for a one-birdie, one-bogey backside card for a 35-34 while Henderson matched Boutier‘s bogey-free card but came up short by one birdie for a pair of 32s.