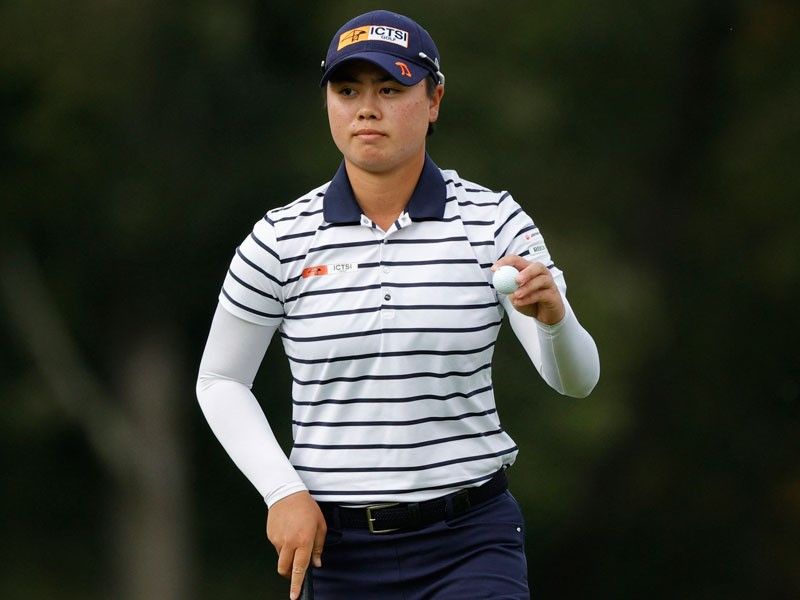 MANILA, Philippines – Despite her failed bid in the Founders Cup, Yuka Saso achieved a couple of feats she would surely relish the rest of the season.

For one, her fourth place effort in the fourth-to-last event of the LPGA season lifted her from No. 7 to No. 5 in the world rankings – her best in a young career she launched back in Japan in June 2020 that saw her rack up back-to-back victories. She would turn in six Top 10 finish the rest of the LPGA of Japan season to finish in the Top 2 in both the player of the year and money ranking derbies.

That impressive showing earned her invites to the US LPGA Tour and she quickly made an immediate impact with a joint 13th place finish in the 2020 US Women's Open which she would rule six months later to impose her intimidating presence in the world's premier ladies circuit.

After that major breakthrough, which she completed with a thrilling playoff victory over Nasa Hataoka, Saso posted four top five finishes in her next LPGA events, including a tied for fourth in the just concluded Cognizant Founders Cup ruled by Korean Jin Young Ko in imposing fashion in New Jersey.

The ICTSI-backed ace gained 5.70 points for an overall 222.37 total in 39 events played as she moved past Hataoka and Aussie Minjee Lee for the No. 5 spot in the latest world rankings.

Olympic gold medalist Nelly Korda of the US kept the top spot she claimed from Ko since June 21, 2021 after topping the Meijer Classic in Michigan which she firmed up with a major victory in Women’s PGA Championship the following week.

But Ko’s latest victory put her back within reach of Korda in their spirited battle for the coveted spot with the Korean looking to reclaim it in next week’s BMW Championship at home in Busan with Korda opting not to join the $2 million event featuring a select field.

Koreans In Bee Park and Sei Young Kim hold the third and fourth spots, respectively, in the world ranking although Saso may stay at No. 5 for the rest of the year after also choosing not to play in Korea. The Fil-Japanese, 20, is also not in the list in the Pelican Championship and the season-ending CME Group Tour Championship both slated in Florida next month.

“I think I have a pretty long off again until my next tournament,” said Saso, who also took a long respite after the British Women’s Open last August.

“But I think I’ll just press a little, trust the process and do what I was doing to get ready (for my next tournament),” added Saso, whose fourth place effort was her fifth Top 5 finish in 11 LPGA Tour events she spiked with her major breakthrough last June in her maiden season on the world's premier ladies circuit.

She also relished her first encounter with Ko in the final round of the Founders Cup even as she looks forward to facing off with her again in the coming tournaments.

“She rarely makes mistakes and keeps on making putts. It’s just amazing to see and play with her,” said Saso of the Korean, whose domination of the Founders Cup also saw her tie legend Annika Sorenstam’s record of r14 straight rounds in the 60s in 2005.

Ko has not shot a round in the 70s since limping with a 76 in the third round of the Evian Championship last July.

“I learned a lot (from her) and hopefully I’ll be able to play with her again in the future and learn,” said Saso.