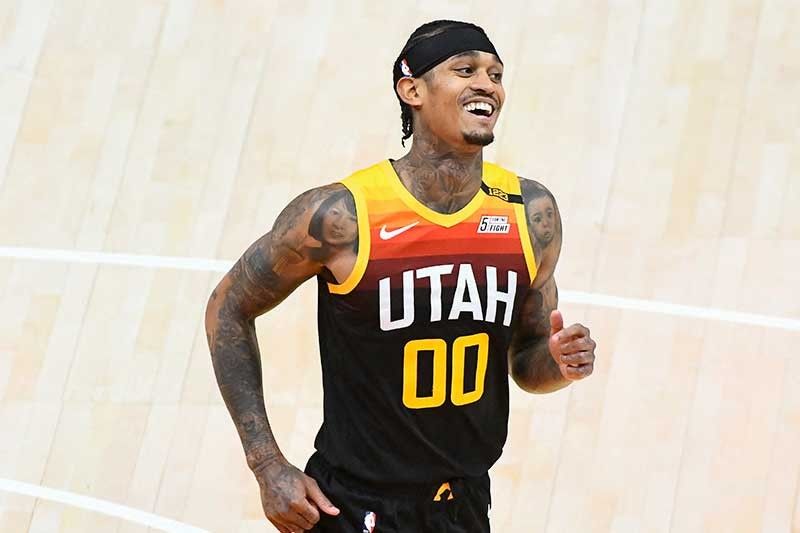 MANILA, Philippines — The Samahang Basketbol ng Pilipinas isn't letting up in their bid to get NBA Sixth Man of the Year Jordan Clarkson to play for the Philippines in the 2023 FIBA World Cup.

This as they continue to campaign for the Jazz guard's FIBA eligibility to play for the national team as a local player given his Filipino roots.

Clarkson had once suited up for Gilas in the 2018 Asian Games in Jakarta, where the Nationals finished in 5th place.

But he hasn't been able to play in a FIBA-sanctioned event, as the federation has more stringent rules that require players with dual citizenships to have passports of the team they want to represent before the age of 16.

Panlilio says they have seen situations where the contentious rule wasn't followed, though, and they want to use that to aid their case for Clarkson

"We have gotten some info na may passports na nakuha beyond 16 years old and we want to understand what happened there. We're looking at other situations that might aid us," Panlilio said.

One of these situations is the status of Indonesian-American Brandon Jawato who was given local status by FIBA last year to play for the Timnas.

Also on the SBP's radar to get to play as a local in FIBA are Barangay Ginebra's Christian Standhardinger and Stanley Pringle.

"At the end of the day, these guys are Filipinos so we just have to continue to push our justification to FIBA," said Panlilio.

As for Clarkson, the Utah Jazz guard had previously expressed his desire to don the Gilas jersey anew back in April.

"That's definitely something I want to do," said Clarkson of playing for Gilas again.

"I'm gonna go and put that Gilas jersey back on and go win us something," he added.