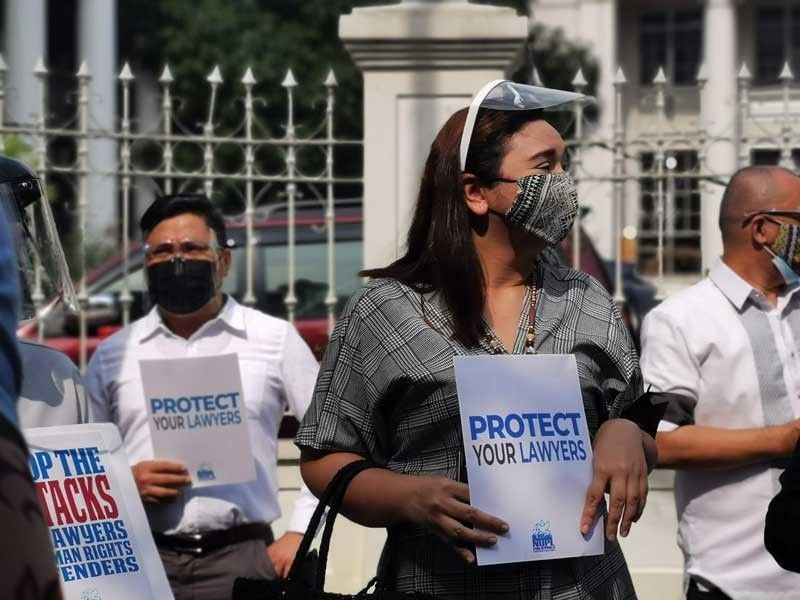 MANILA, Philippines — The regional trial court in Calbayog City, Samar has confirmed that it received a request from the police for list of lawyers representing what they tagged as “Communist Terrorist Group” personalities in court.

Supreme Court spokesperson Brian Hosaka told reporters said the Calbayog Regional Trial Court confirmed the receipt of the request on Friday afternoon, “but no action has been made by them on the request.”

A copy of a letter from Police Lt. Fernando Calabria Jr. addressed to the Office of the Clerk of Court, Hall of Justice in Calbayog City made rounds on social media on Friday.

In the letter, Calabria, identified as chief of intelligence, asked the court for a “list of lawyers represent [sic] CTG personalities in court.” He noted that the request is in compliance “from higher PNP offices.”

An attachment of the letter supposedly show a table to be filled out on “legal personality, affiliations, client (CTG) personality, mode of neutralization, case filed, status.”

It is still unclear whether other courts nationwide received the same letter, or what the purpose of such directive from the PNP is.

This comes at a time when public rights defenders have been subjected to violent attacks. The latest victim is NUPL member Angelo Karlo Guillen who was stabbed in the face and the back early in March.

Guillen is one of the legal counsels in the petitions against the Anti-Terrorism Act of 2020 and has represented activists. He and other NUPL lawyers recently won in court in quashing a search warrant that led to the arrest of seven activists in Bacolod in 2019.

National Union of Peoples’ Lawyers President Edre Olalia noted that this letter is a “damning evidence” on the police.

“We profusely thank the police for helping us produce damning evidence against them,” he said.

“It is at first unbelievable for its impudence but then again, it fits into the puzzle on the who, what, why and how of these attacks. The only remaining question is when and where,” he added.

The Free Legal Assistance Group has tallied 61 killings of lawyers since 2016, and 26 of these are deemed related to their legal practice. FLAG, in its report, said: “The fact that almost half of the killings were due to work-related or possibly work-related motives is an indicator of the growing danger of practicing the legal profession in the country.”

Lawyers have been pressing the Judiciary to address the security issues on the profession that has led to more than 50 killings since the start of President Rodrigo Duterte’s administration.

The Judiciary will soon change leadership, on the retirement of Chief Justice Diosdado Peralta. Groups are pinning their hopes on the SC to address the unabated attacks on the legal profession.