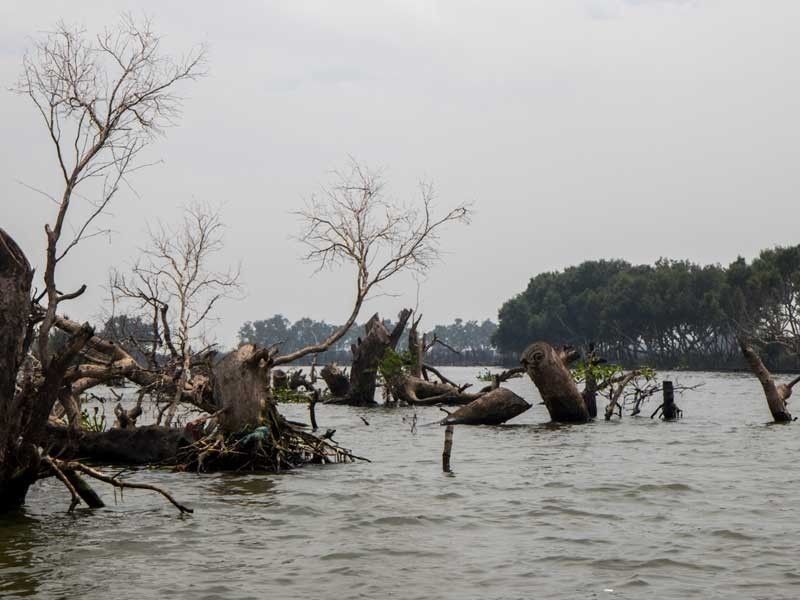 MANILA, Philippines — The Supreme Court junked the plea of Bulacan fishermen and civil society groups to compel the government to protect marine ecosystems in Manila Bay threatened by the construction of a sprawling airport city complex in the province.

Petitioner Oceana Philippines, through its vice president, Gloria Estenzo -Ramos, said they will hold off its comment as they wait for the copy of the SC’s order. But petitioner and environmental lawyer Ramos stressed: “The advocacy continues.”

Chief Justice Diosdado Peralta confirmed that the SC was unanimous in dismissing the petition for writ of kalikasan for being “not sufficient in form and substance.”

No other detail on the voting was given. The SC has also yet to release a copy of the decision.

Former residents of Barangay Taliptip in Bulakan town, Oceana Philippines and two other petitioners ran to the SC to ask for the issuance of a writ of kalikasan against the San Miguel airport project in Bulacan.

A writ of kalikasan is a legal remedy for persons or organizations whose right to a balanced and healthful ecology is violated or threatened.

Spanning 2,500 hectares, the P738-billion New Manila International Airport and its adjacent airport city will be built over Barangays Taliptip and Bambang in Bulakan town, covering the mangrove and mudflat ecosystems, the petitioners said.

They urged the SC to stop the reclamation of Manila Bay, and save fish and crustaceans species, endangered migratory birds, mangroves and marine ecosystems in the area.

“The petition is to stop the further destruction of fishing grounds and marine habitats such as mangroves and wetlands in Manila Bay and for our government agencies, respondent agencies and project proponents to protect our environment and our people’s environmental rights,” Estenzo-Ramos earlier said.

The petitioners also said that the conversion of Bulakan wates into an airport will have lead to a decline in aquaculture production and fish catch, and have adverse effect on bird population, marine habitat and increased risks of climate impact.

Part of the petition read: “The long lasting effect of reclaiming the entire area on the ecosystem services is that these ecosystem services won’t be there anymore. No more fishing, aquaculture and no more mangroves to protect the coastline. So the area will be subjected to greater natural hazard such as storm surges.”

The measure granting a 50-year franchise to San Miguel Aerocity Inc. to construct, develop, establish and maintain a domestic and international airport in Bulacan has lapsed into law on Monday, January 4. — Kristine Joy Patag with Gaea Katreena Cabico