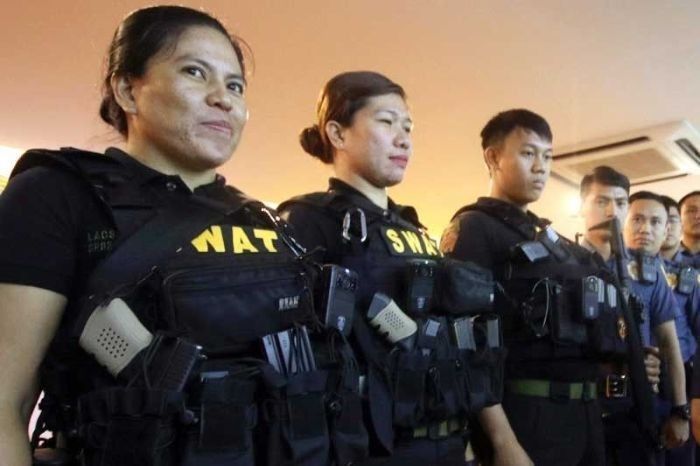 The SC Public Information Office on Monday said a copy of the Rules on the Use of Body-Worn Cameras in the Execution of Warrants (A.M. No. 21-06-08 SC) was published on the July 31, 2021 editions of The Philippine Star and Manila Bulletin.

Rule 3, Section 3 of the directive states that “[t]hese Rules shall take effect following their publication in the Official Gazette or in two newspapers of national circulation.”

Under the rules, law enforcement agents implementing arrest and search warrants are required to use at least two recording devices for their operations.

Philstar.com sought insight from Police General Guillermo Eleazar on the national police’s preparation for the enforcement of the rules but has yet to receive a reply as of this story’s posting.

Eleazar early in July said the Philippine National Police has ordered a “massive information drive” to disseminate among their ranks the new SC rules. He has also ordered the creation of a technical working group to study and incorporate the new rules.

Rule 2 of the Rules on the Use of Body-Worn Cameras states that the court, upon finding of probable cause, shall issue a warrant of arrest with an order requiring at least two recording devices.

This may be one body-worn camera and an alternative recording device.

The SC rules also limited the authority of Manila and Quezon City executive and vice executive judges to issue search warrants outside their jurisdiction, an authority that progressive groups claimed has been weaponized against activists.

The high court also said multiple search warrant applications citing same evidence and filed before the same court shall be a ground for denial. This has been an issue raised by activists questioning the applications for search warrants that led to the bloody Calabarzon raids that left nine activists dead. Office of the Court Administrator records showed that Manila Regional Trial Court received 63 applications for warrants on the same day, all to be served in the Calabarzon region.

The SC rules is dated June 29, but made public only on July 9. The guidelines were issued amid mounting calls for safeguards on rules they claimed have been weaponized against dissenters and activists. — Kristine Joy Patag