Sean de Guzman to venture into action after sexy roles

Sean de Guzman to venture into action after sexy roles 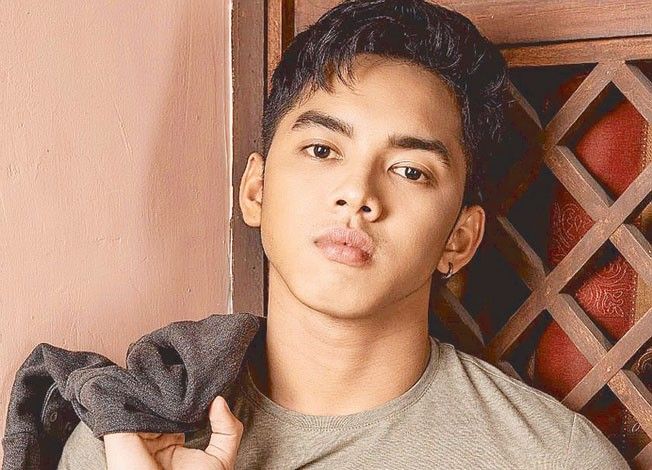 MANILA, Philippines — Not every young upstart, who dreams of making it big in showbiz, sees his dream come true in only a short time. Such is the auspicious fate of 21-year-old newbie actor Sean de Guzman, who was launched into acting stardom early this year in director Joel Lamangan’s Anak ng Macho Dancer.

Sean was already in showbiz since 2017 as part of the all-male group, Clique V. He bagged the title role in Anak ng Macho Dancer late last year. Macho dancer is the title role, originated by Allan Paule in Lino Brocka’s 1989 sexy drama.

Interestingly, direk Joel was part of the original cast of Macho Dancer. Doing the sequel to the original story shown more than three decades ago, did not prove to be a tall order for him.

“In March last year, that was our last performance in Clique V,” Sean shares. “We performed at Zirkoh, in schools, malls and different events. We dance and sing at Clique V, but my forte was really dancing.”

However, once Sean became an actor, things took a different turn in his life. For the better, that is. Busy became an understatement for him, although he is not complaining. Under the careful guidance of his talent manager, Len Carillo, Sean has numerous projects up his sleeves. Thankfully, he has yet to experience shooting two films at the same time.

“I finish one movie before I start on the next one,” Sean clarifies. “That’s what I normally do. I am thankful that I get to rest in between my film projects.”

Sean first auditioned in Lockdown last year, also a film by director Joel, where the young actor essayed a supporting part. “But Anak ng Macho Dancer became my launching movie to introduce me to the showbiz industry,” he grants. “That was shown ahead of Lockdown.”

The time he auditioned for Anak ng Macho Dancer, Sean bore a striking semblance to the young Allan Paule then. “That was what direk Joel told me,” Sean offers. “Kamukhang kamukha ko daw si Sir Allan Paule at that time he was still starting out.”

Allan was included in the cast of Anak ng Macho Dancer and he reprised his character, Pol, in the original film, now as father to Inno, the character of Sean.

“Sir Allan Paule was so supportive of his co-actors on the set,” Sean says of Allan. “He always gave me pointers on the right things to do and how to execute certain things. He told me not to try to act my role. It will come out naturally. He told me to act normally and always put my shoes into the character I’m portraying. And, most importantly, not to be late in shooting.”

Such advice then from Allan, Sean seriously took to heart up to this day. “So far, hindi pa naman ako na late sa call time sa shooting,” he says proudly.

This year, Sean did another film with direk Joel – Ang Huling Baklang Birhen sa Balat ng Lupa – and the forthcoming Bekis On the Run, showing on Sept. 17. In the latter, Sean is joined by Christian Bables, Diego Loyzaga and beauty queen-actress Kylie Verzosa.

Sean’s bosses at Viva Films decided to make him venture into action after a spate of sexy films. Already, there’s an action project assigned to him that makes him thrilled. He is slated to start working on his maiden action flick before the end of the year, to be directed by Roman.

“I don’t mind hard action, like Keanu Reeves’ John Wick,” Sean admits. “Dream role ko ang action. I was very happy when I learned about the action project that I will do. Dancer naman ako, so mailalabas ko ang galaw talaga. Ang sarap sa pakiramdam. That way, I will not be typecast to only sexy roles.”

Sean expresses his desire to one day work in a local action film with either Robin Padilla or Jeric Raval.

Aside from action, Sean got hooked on watching the Twilight series. “I watched that maybe more than 30 times. I like Robert Pattinson,” he says.

Sean also idolizes Leonardo DiCaprio in the latter’s true-to-life portrayal of con artist Frank Abagnale in Steven Spielberg’s Catch Me If You Can, with Tom Hanks.

Admittedly, Sean really aspired to become a showbiz star. “Every young boy dreamed of joining showbiz one day,” he maintains. “To be honest, when I was growing up, I initially found acting somewhat corny. But there are things we asked for that were not immediately given to us. That was what happened to me. God gave me something better.”

Sean didn’t actually ask to become an actor, but Someone Up There made him one. “Now, I’m getting to love what I do,” Sean asserts. “I embrace being part of showbiz. I get to learn to love my craft and I’m grateful to all the good breaks.”

When he was a young boy, Sean initially aspired to become a chef. By the time he was a teenager, he wanted to join hip-hop international dance groups and even go abroad to compete. “What happened to me, becoming an actor, was somewhat unexpected and it became very soon.”

Yet, Sean was initially reluctant to doing a sexy role and baring onscreen. He had second thoughts about doing it. “In the audition of Lockdown, I told myself, ‘Kaya ko ito.’ But when we were shooting the film, I felt the pressure on the set. Iba pala talaga ang pakiramdam kapag actual na. Pero nilakasan ko ang loob ko at kinaya ko naman. Then tuloy-tuloy na from there.”

In the local front, Sean admires John Lloyd Cruz and Joshua Garcia. He will be honored to share acting credits with them any time soon.

Young and full of talent, Sean is apparently gearing for bigger breaks in his acting career. He welcomes any role assigned to him and vows to give his best to the challenging projects that will come his way.