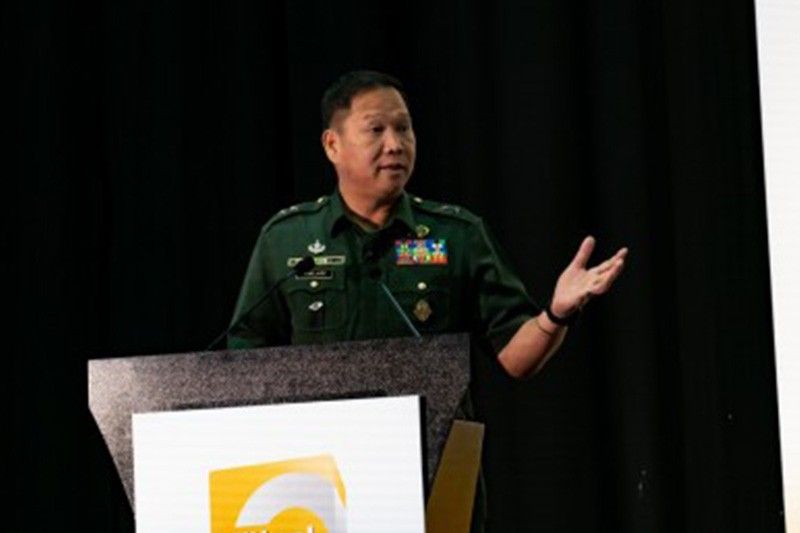 MANILA, Philippines —The Senate is calling for the dismissal of one of the anti-communist task force's spokespersons who is also an active member of the military.

The upper chamber on Wednesday night approved an amendment to its committee report on red-tagging that recommends the removal of Lt. Gen. Antonio Parlade Jr. from as spokesman of the National Task Force to End Local Armed Conflict,.

The amendment, proposed by Senate Minority Leader Franklin Drilon, states that Parlade's appointment violates Section 5, Article XVI of the 1987 Constitution, which stipulates that "no member of the armed forces in the active service shall, at any time, be appointed or designated in any capacity to a civilian position in the Government."

Parlade is also chief of the military Southern Luzon Command.

"Consistent with the aforequoted constitutional provision and as a matter of policy, we recommend that Lt. Gen. Parlade be immediately relieved of his duties as spokesperson of NTF-ELCAC," it further reads.

Sen. Panfilo Lacson, who chairs the panel that conducted the probe on red-tagging, further explained to the Senate plenary that the "NTF-ELCAC is a civilian task force, not a military task force, and therefore [the provision] applies."

Threats issued by Parlade against celebrities and left-leaning groups were what initially caused the Senate defense committee to launch a probe into red-tagging.

READ: Journalists demand Parlade apology for threat to reporter over story he disputes

But the committee report, dated Feb. 22, 2021, concluded that legal remedies "are sufficient and available for personalities or groups that have been the subject of the so called 'red-tagging.'"

The report also concludes "that criminalizing 'red-tagging' is no longer necessary" due to the availability of legal remedies.

The Senate during its plenary session also approved another amendment proposed by Drilon which states that the report's findings "[do] not preclude any appropriate Senate committee from studying and considering proposed measures to criminalize red-tagging."