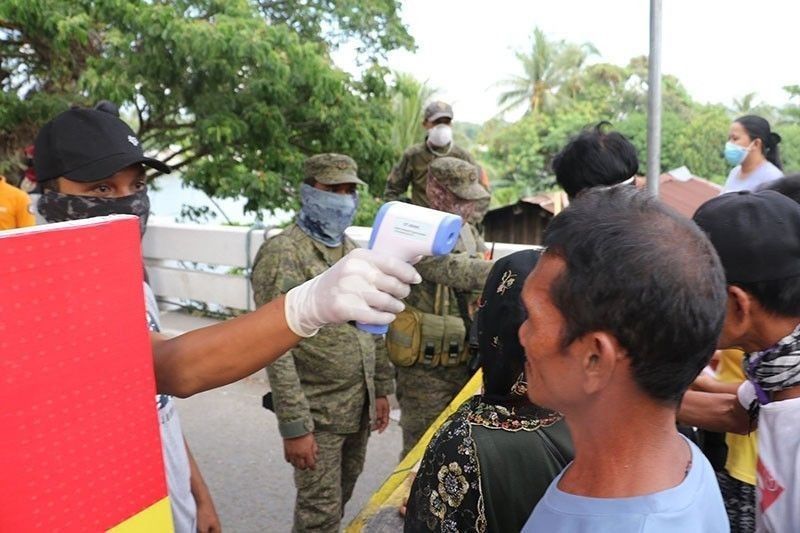 MANILA, Philippines — Two lawmakers joined calls for the national government to prioritize the delivery of vaccination supplies in provinces and cities outside of Metro Manila, particularly those already classified as high-risk areas.

In a statement, Sen. Grace Poe singled out the plea of Iloilo province, where her hometown has reportedly sought the assistance of the government over the need for more medicines, vaccines and medical frontliners, and hospital beds.

"While there aren't enough vaccines yet for everybody, those who need them most should get them first, including our people in the provinces like Iloilo," the senator said.

"When the medical frontliners themselves have sounded off the distress signal, we must listen and act."

Sen. Risa Hontiveros in a separate statement also called on the government's coronavirus task force to respond to the vaccination concerns of local government units amid the rising cases in areas outside Metro Manila.

"Those vaccines must be distributed immediately. The millions of secured doses could be a game-changer for us, especially if the logistics and distribution in our provinces are good. Let's not miss this chance," she said.

"So many local government units are showing skill and dedication to immediately vaccinate their constituents. Let's not leave them hanging."

According to the OCTA Research Group, cases outside the capital region, particularly in the noted areas of concern, remained on the rise this past week.

Earlier this week, the League of Cities of the Philippines appealed for the government’s coronavirus task force to include more areas in the priority recipients of COVID vaccines following the recent surge of infections in other high-risk cities.

"We deem that the preemptive action of distributing vaccines to a broader number of cities will prevent a potential new wave of case surges throughout the Philippines," Bacolod City Mayor Bing Leonardia and Calapan City Mayor Arnan Panaligan said in the letter addressed to vaccine czar Carlito Galvez Jr.

Vice President Leni Robredo also echoed the calls on her radio show Sunday morning, pointing to the slow progress of the national vaccination program outside of Metro Manila as one factor that could be solved with better vaccine allocation.

"Here in NCR, they’re already vaccinating the A5 group, but in the provinces, they’re not even done with the A2," she said then.

Poe said the increasing COVID cases in the provinces that have reached an alarming level should be the cue to spread the vaccine fast.

The senator urged "immediate action" in addressing the resource shortage in areas bearing the brunt of the virus surge.

"Critical areas should get more vaccines to arrest the virus spread and ease the pressure on the health systems of local government units," her statement read.

At the previous hearing of the Committee of the Whole, vaccine czar Carlito Galvez Jr. disclosed that government may be able to administer an average of 500,000 vaccinations a day for the third quarter of 2021.

However, he admitted that the country's highest daily rate was at only 322,929, which was on June 15.

"A number of hospitals in the provinces are gasping for air as COVID cases surge almost beyond their health system's capacity," Poe said.

"There is no greater pain than seeing patients who otherwise can be saved breathe their last due to lack of medical and health support," she added.

Hontiveros added that the Inter-Agency Task Force on Emerging Infectious Diseases has "had many chances" to get ahead of the coronavirus pandemic.

"From imposing timely travel bans, to securing clearance for vaccine deals, to assuring a steady supply of vaccines, the IATF has always been playing catch-up. That can't happen anymore in the case of this Delta variant. We must not be caught off-balance. This must not get out of control," she said.

Dr. Soumya Swaminathan, chief scientist of the World Health Organization, said in an earlier statement that the Delta variant may emerge as the dominant coronavirus variant globally.

To date, the Philippines has recorded 1.36 million coronavirus infections, 55,847 of whom are still classified as active cases.

Earlier Monday, the Department of Health said that the spread of the virus in high-risk areas were not necessarily due to the new variant.

“Let us not say it’s just because of the variants. There are a multitude of factors,” Health Undersecretary Maria Rosario Vergeire said as she pointed to complacency in the implementation of health rules as one contributing factor.

READ: 9 cities tagged as 'areas of concern' amid rise in COVID-19 cases