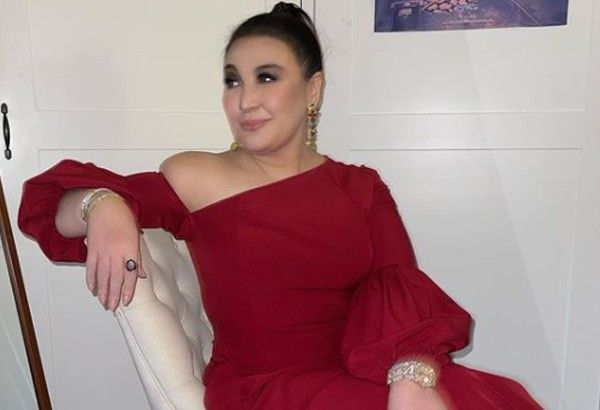 In an Instagram Live, the “Megastar” said she’s in LA to do her first Hollywood film with Filipino-American standup comedian Jo Koy but a false positive COVID-19 test became a hindrance that’s why she was no longer included in the film.

“I was coming to Hollywood to do my first Hollywood film, not for any platform, not for Netflix, but for cinematic release with premieres all over. Produced by Dan Lin who made ‘Aladdin’ and the big boss, the one and only Steven Spielberg, the very first all-Filipino cast [that] I was so honored to be chosen to be part of,” Sharon said.

Sharon said she was tested before her flight to US and she’s ready to announce the new milestone in her career but a false positive was the result of the test.

“What happened was before you get on a flight, you need to get a COVID test at least three days before your flight. I was flying out May 18. On May 16, I got swabbed by one laboratory. I cannot find it in my heart to forgive,” Sharon said.

“I was so happy. Naka-pack na kami and I was going to announce to you the very next day,” she added.

The production then decided to push through the film without her.

“It was heart-wrenching for me. Literally nanlambot ako para ako nalula,” she said.

Sharon got re-tested for COVID-19 by seven different laboratories, all of which showed a negative result.

Her supposed role of being the auntie of Jo Koy went to Filipino-American actress Tia Carrere.

“When I couldn’t make it, she got the other lead role. It broke my heart. It really did because it was such an honor to be part of the very first all-Filipino production in Hollywood backed by a producer as big as Steven Spielberg,” Sharon said.

“I felt like dala-dala naming lahat ’yung bandila ng Pilipinas in the middle of all this Asian hate in America and some parts of the world … ’yun ang kina-break ng puso ko and pinabayaan ako ni Kiko magluksa,” she added.

Sharon said that her manager is still looking for a Hollywood project for her as of the moment.

“The good news is my manager hasn’t stopped. I have Zoom meetings left and right, auditions left and right. That’s why I’m here because now people here know I am accessible and I am available. Don’t worry because I still have commitments at home,” she said.