Sheryl: Am I pregnant (daw)?

As in most showbiz yarn, the subject is the last to know.

Texted by Funfare about the rumor (reported both in “blind items” and “wide-awake” items), Sheryl Cruz asked, “What tsismis?”

Jeric Gonzales who was being linked to her when they started doing the soap Magkaagaw which is set to resume airing soon on the Kapuso Afternoon Primetime Drama after it was put on hold due to the pandemic. Sheryl is divorced from John Norman Bustos (a sheriff with the San Francisco Police Department in the USA) by whom she has a teenage daughter, while Jeric claimed in a Funfare exclusive interview (out next week) that he is single.

“I just came back from a lock-in taping of Magkaagaw and got my period on the second week of the taping, so that’s my answer,” adding, “and if the tsismis is true, wow, ang ganda o ang guapo siguro ng magiging anak namin.”

So what’s the real score between her and Jeric?

“Hahaha! It’s probably our fans wanting us so much to be together. Jeric and I are okay naman. And if I do date or have a steady boyfriend, I won’t deny it to the entire world.”

And then Sheryl plugged her YouTube Channel That’s SHERYLtainment and maybe to quash the tsismis, she invited Jeric to appear as guest on its Christmas special edition over the weekend. 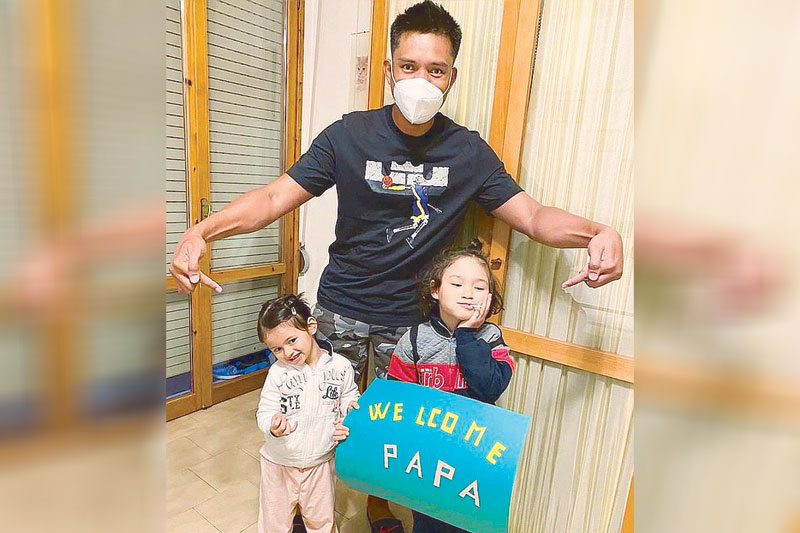 James Yap with children Michael James and Francesca Michelle upon his return to Italy.
From James Yap’s Instagram

James flies back to Italy

Right after the PBA “bubble” games, Rain Or Shine shooting forward/small forward James Yap flew back to Italy to join his family and felt like a winner (Rain Or Shine lost to champion Ginebra Team) when he got a warm welcome from his children Michael James/MJ and Francesca Michelle.

The Yaps left Manila early July and James planned to return soon but his flights had been cancelled. He came back in September, quarantined for two weeks before he went to the “bubble” in Clark.

After spending the Christmas and New Year, James might stay longer in Urbino, Italy (four hours by car to Rome) to enjoy quality family time. During his first stay there, the 6’3” player served as yayo (nanny) to his kids and even celebrated their birthday with them (MJ turned four last Aug. 8 and Francesca two last June 27).

“Our place is near the university area and a park with a basketball court,” James told Funfare in an interview at that time, “so I get to run and practice shooting. I even joined a yoga class.”

His yayo duties will probably go the same way: Wake up at 9 a.m., play with the kids after breakfast, put the kids to bed for siesta, work out, more playtime after lunch, continue working until before dinner and sleep at 11 p.m. During his spare time, James was able to visit neighboring places like Florence and Tuscany (where the Leaning Tower of Pisa is).

“I’m back to a diet of pizza and pasta,” James texted Funfare with a laugh. “Actually, I’m not staying long. I’ll be back Jan. 15.” 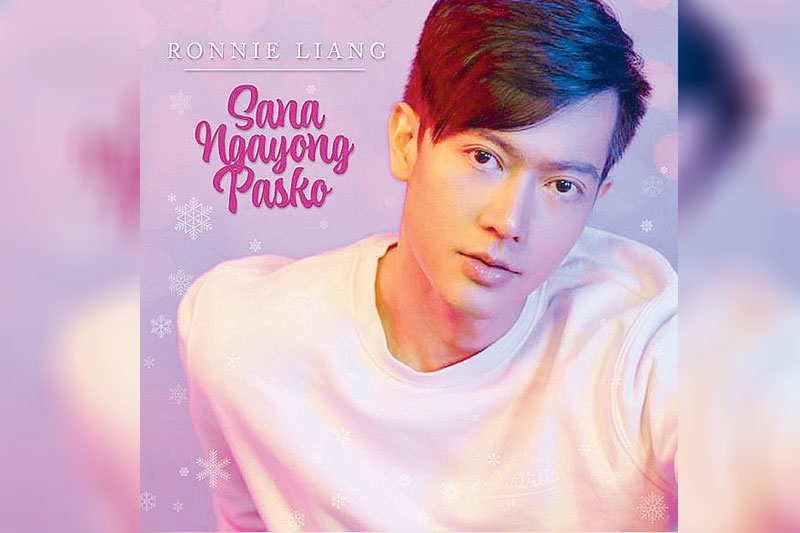 “I want to inspire my kababayan both here and abroad that we still have to celebrate Christmas despite hardships,” said Ronnie.

The actor-pilot feels blessed sharing his gift of singing to all the Filipinos. Recently, he serenaded victims of Typhoon Rolly in Guinobatan and Camalig, Albay.

Share
Previous ‘Who gave you the authority?: Duterte slams ICC anew
Next Duterte refuses to submit reports on use of intel funds to Congress