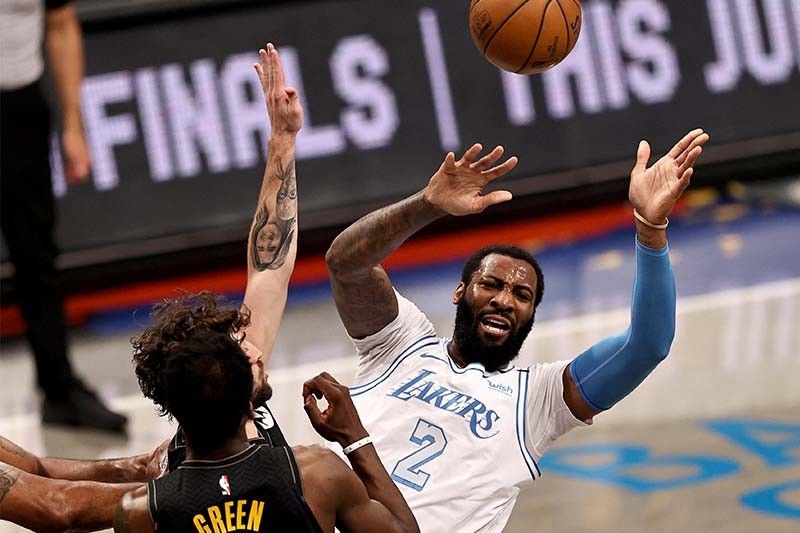 Despite still missing LeBron James, Anthony Davis, Kyle Kuzma Wesley Matthews, the Lakers managed to take a comfortable win against a Nets team that had both Kevin Durant and Kyrie Irving.

Drummond stood out for the Lakers with 20 points and 11 reboundswhile Dennnis Schroder chipped in 19 markers.

Elsewhere, the Utah Jazz were able to pull away from the Sacramento Kings, 128-112 for their 40th win of the season.

Despite trailing by six at halftime, the Jazz were able to bank on a huge third quarter where they outscored the Kings, 36-24 to swing momentum to their side.

While the Kings rallied to get back the lead early in the fourth quarter, the Jazz were able to recover in time and run away with the win.

Donovan Mitchell led the Jazz with 42 points while Filipino-American guard Jordan Clarkson sat out his second game in a row.

The Golden State Warriors, for their part, rebounded from their loss against the Washington Wizards Friday (Saturday, Manila time) after beating the Houston Rockets, 125-109.

Curry finished with 38 points to tow the Warriors to the win in his six-straight game with more than 30 points — a career-best.

In other games, the Toronto Raptors routed the Cleveland Cavaliers, 135-115, behind a 44-point outburst by Gary Trent Jr.

The Philadelphia 76ers also grabbed a share of the lead in the Eastern Conference after beating the Oklahoma City Thunder, 117-93.

The Phoenix Suns also tallied a win over the Washington Wizards, 134-106.

In the last game of the day, Enes Kanter tallied a monster double-double of 24 points and 30 rebounds to lead the Portland Trail Blazers over the Detroit Pistons, 118-103.

Kanter's 30 boards were the most recorded in Blazers history.