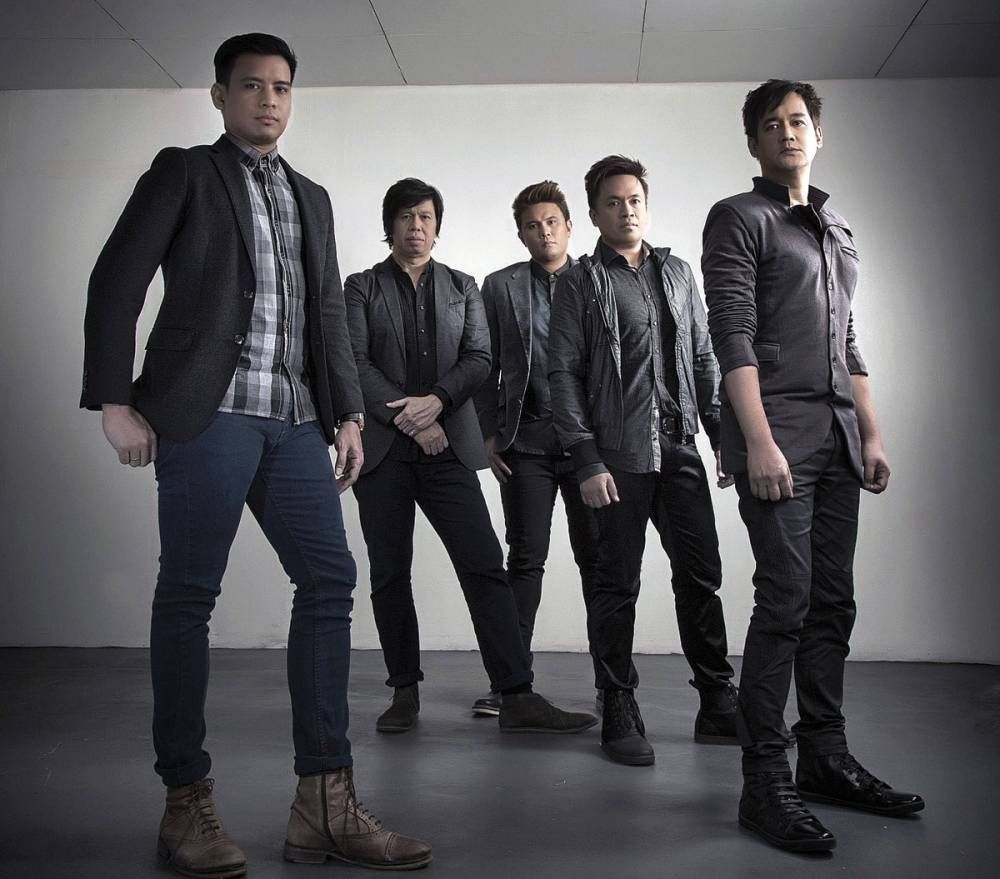 Side A chooses to keep going amid the changing times and the new normal.

For a band that has a proven track record and a longevity to go with, Side A chooses to keep going amid the changing times and the new normal. Last month, the group releases a relevant piece carrying a clear message right from its very title, “Ibigin Ang Mundo.”

The song possesses the band's trademark affectionate balladry. Yet, evidently, it is presented in a way current music fans can dig.

“Ibigin Ang Mundo” came out last April 22 in digital stores. The single is also the debut release of Icons Music, a sub-label of Widescope Entertainment with a name befitting the level of excellence the band has achieved in its nearly 40 years of active music scene presence.

Interestingly, “Ibigin Ang Mundo” features the lead vocals of Leevon Cailao who currently plays lead guitar for the band. His interpretation carefully captured the sentiment of the song written by bassist Ned Esguerra. Both Leevon and Ned are not part of the band's classic lineup that featured ex-members Joey Generoso and Joey Benin.

That is part of Side A's magic. The group is not about personalities. They're primarily a brand of music that has stood the test of time and personnel changes.

Ned wrote the band's latest single after seeing a video of Climate Clock that popped up on social media. He was spurred by the urgency of this global concern.

The bass playing tunesmith — that some Side A fans believe ably took on the role left by the celebrated songwriter who penned “Forevermore” — shared, “I was inspired to write the song as a wake-up call and a call to action for Filipinos around the world to come together and help heal and save the planet in our own little way.”

Climate Clock is a project “centered on a clock that counts down the critical time window to reach zero emissions while tracking the world's progress on key solution pathways.”

The key chorus lines assure every listener that like our Mother Earth, the song offers a heartfelt mix of beauty and sentimentality Side A has always been noted for.

While the band is open to welcoming new members and allowing them to shine on their own, Side A also embraced the power of keeping its backbone of brilliance intact. That is personified by longtime members Naldy Gonzalez (Keyboards) and Ernie Severino (Drums).

For a long stretch, fans may have felt that Side A without its long-serving frontman Generoso couldn't work. Yet here's the band still around and kicking, looking forward while never forgetting its glorious past.

While everybody in the group actually sings, the presence of Yubs Esperat (acoustic guitar) ensures there's that man in the middle singing and doing frontman duties. In fairness to Yubs, he is doing it in his own right.

With “Ibigin Ang Mundo,” the group reenters the music scene recharged from its own bubble where creativity is nurtured in a brand-new atmosphere.

On the day of the song's release, the band held a single launch show at The Podium Roofdeck in Mandaluyong City. You could tell how the audience had been missing the band perform in front of them. And that by the way they reacted to the song, another gem has just been added to the band's storied discography.

The local music scene has just been rewarded, with Side A back with a new song, a new label, and a new chapter to begin with to further drive the narrative of a colorful saga.