Signal No. 2 up over several areas as ‘Maring’ merges with remnants of LPA ‘Nando’

Signal No. 2 up over several areas as ‘Maring’ merges with remnants of LPA ‘Nando’ 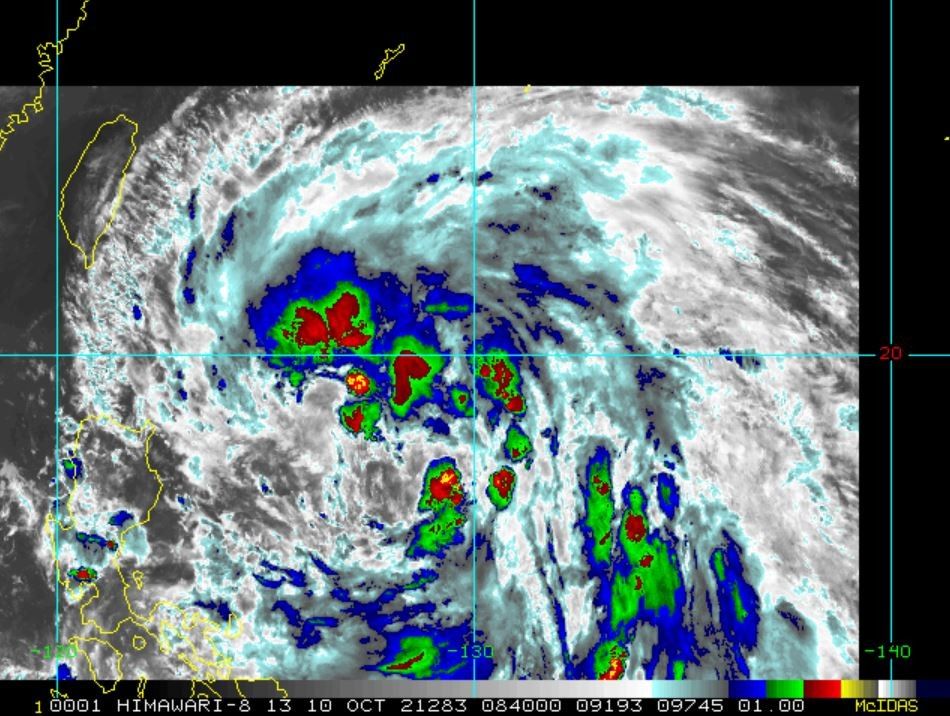 MANILA, Philippines — Signal No. 2 is now up in several parts of the country as a result of Tropical Storm Maring (international name Kompasu), which continues to move west-northwestward over the Philippine Sea west of Cagayan, government weather forecasters said Sunday evening.

Signal No. 1 up over several areas as ‘Maring’ merges with remnants of LPA ‘Nando’

PAGASA added that Maring is carrying maximum sustained winds of 85 kph near the center and gustiness of up to 105 kph. Its tropical cyclone winds also extend outwards up to 750 kilometers from the center.

"Maring is forecast to gradually intensify and may be upgraded to a severe tropical storm within the next 12 hours," PAGASA said.

Photo charts the projected path of Maring in the Philippines as of 5 p.m. on Sunday, October 10.

The areas now placed under Signal No. 2 according to PAGASA include:

"Damaging gale-force to storm-force winds" are expected within 24 hours in these areas, Pagasa said.

In the following areas under Signal No. 1, strong winds will be "prevailing" or expected within 36 hours:

Photo shows the Tropical Cyclone Wind Signals hoisted around the country as a result of Maring.

Tropical Cyclone Wind Signals hoisted in other areas have since been lifted.

"The possibility of a landfall over mainland Luzon is not ruled out at this time…the storm will continue to move westward through the remainder of the forecast period and may exit the Philippine Area of Responsibility by Tuesday morning or afternoon."