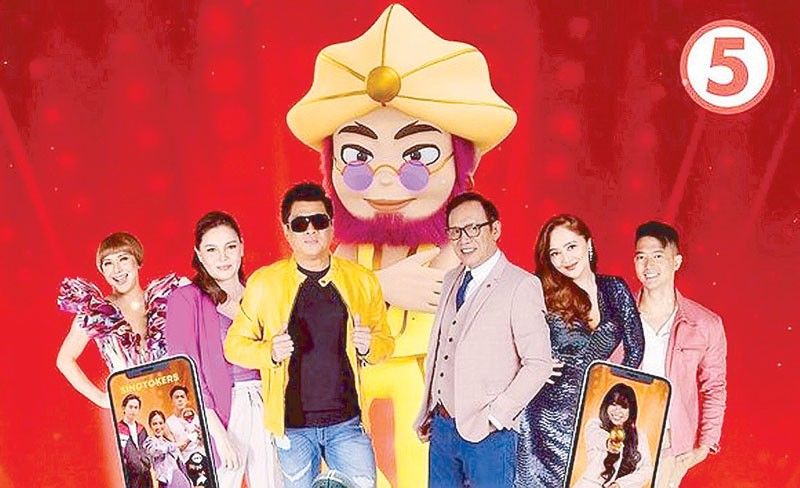 The effects of the coronavirus pandemic are truly felt in every type of industry, but the way it halted activities in show business was particularly hasty. Randy Santiago and Rey Valera said they were among those whose career plans have been terribly affected by the ongoing health crunch while K Brosas shared the lessons it has taught her.

Both Randy and Rey were supposed to hold concerts abroad when the virus began spreading to all countries on the globe in March of last year. Randy shared that his 2020 calendar was already jampacked with various commitments here and abroad, including a US tour and corporate shows.

“Aside from that, it was the year when I turned 60 years old (last Nov. 26),” said Randy. “So, I was preparing to have a celebration until the pandemic happened in March and so, plans were cancelled.”

He added, “Of course, if you’re talking of work, all of us really had a tough time dahil ‘yung dapat sana nakuha na natin na trabaho ay nawala.”

Rey, on the other hand, said that the pandemic made him realize a lot of things. “At first, I had the trouble of thinking if things happen because of destiny or if we have full control over them. But when I look closely at what is going on now, lumalabas na wala tayong kontrol at lahat ng ito ay destiny or whatever you call it.”

Thus, the seasoned composer-singer has learned to appreciate everything around him. “I am enjoying whatever I have now. Be contented because that way, life will be less stressful. Before, I would laugh at someone saying bahala na, the phrase come what may or que sera sera. Now, nakikita ko na may katwiran nga ‘yun dahil kahit marami ka ng nakaplano, p’wedeng mawala lahat.”

K, for her part, has realized the importance of saving money. “Importanteng-importante ‘yan kasi naranasan ko na ma-bankrupt, naranasan kong ma-Ondoy, naranasan ko rin ‘yung ubos-biyaya na tinatawag na dapat pala hindi. I also have friends who were drained to the last centavo during the height of the lockdown kasi hindi rin mga nakapagtipid. We must save for emergencies.”

She, too, sees mental health as a vital part of life as it affects one’s thoughts, behaviors and emotions. “It is as important as physical health. That’s why, I’m thankful to the Lord for providing my needs and it is a blessing that I am also able to bring happiness to people through my work.”

K, Randy and Rey are part of Cignal Entertainment and TV5’s Sing Galing. They are happy that the showbiz industry is trying its best to bounce back by going digital and continuing operations for film and TV while in compliance with the safety health protocols and guidelines of the government.

The videoke singing reality game show first aired from 1998 to 2005 and became one of the hit shows of the Kapatid network, formerly ABC 5. Beginning tomorrow, April 5, at 6:30 p.m., Sing Galing will once again bring fun to viewers through an evening singing session before the primetime series line-up.

“I can now imagine that while the family is having dinner, nagkakantahan na rin at makakalimutan muna ang COVID,” K said.

Randy and K are the new Sing Masters together with Donita Nose while Rey sits on the jury panel with Jessa Zaragoza and Ronnie Liang. Audiences can also join in the show’s digiverse hosted by singer Zendee.