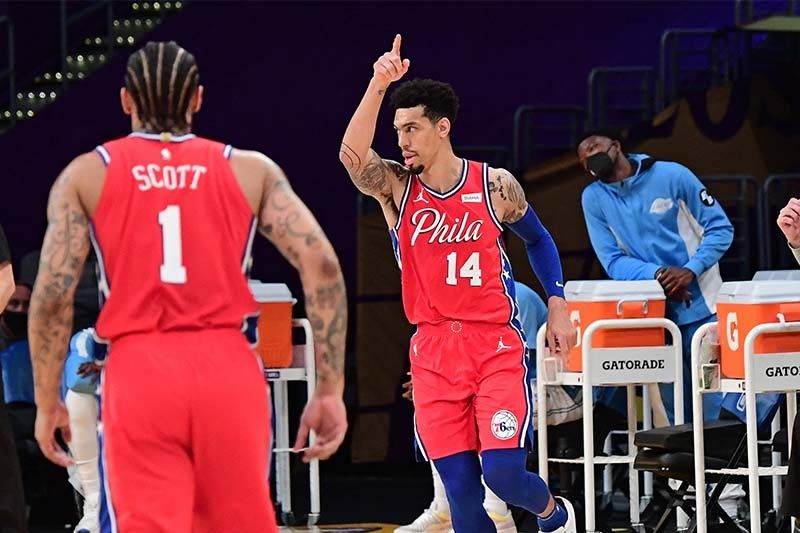 The Sixers almost squandered a double-digit lead after the shorthanded Lakers got within three, 101-104, with 51.4 ticks left in the game.

Kyle Kuzma then missed on a triple of his own and Ben Simmons converted on two charities to put the game away.

The Lakers absorbed their fourth loss in a row since LeBron James went down with an injury.

They were also still without Anthony Davis.

The Sixers, for their part, missed the services of Joel Embiid.

Green paced the Sixers with 28 points while Simmons was limited to just nine markers.

Meanwhile, Kuzma had 25 points in the losing effort for the Lakers.

Elsewhere, the Sacramento Kings took advantage of Stephen Curry's absence as they blew out the Golden State Warriors, 141-119.

Led by De'Aaron Fox who exploded with a career-high 44 points, the Kings used a second quarter surge that saw them lead by double digits at halftime, 72-61.

The offense for the Kings didn't let up after that and took an advantage as big as 24 points.

Andrew Wiggins was the bright spot for the Warriors with 26 points.

Demetrious Johnson on Adriano Moraes rematch: ‘I have to prove I can beat this man’