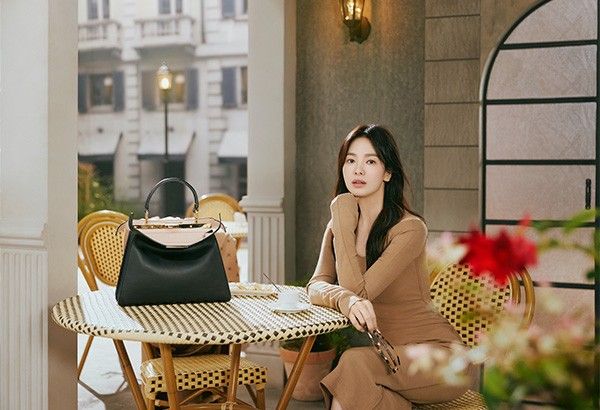 Produced in collaboration with Elle Korea, the video highlights the bond between the classic handbag and the actress who radiates the natural graceful temperament of an ideal girl-next-door.

In the video, Song can be seen having a leisurely moment at a cafe with the Peekaboo ISeeU bag by her side. Immersing into a moment on her own, she walks freely down the street, dressed in a monochromatic outfit from the Fendi Women’s Fall/Winter 2021-22 collection. Her Fendi ISeeU handbag completes her entire look, which conveys Fendi values of creativity and craftsmanship, as well as the message of the hidden beauty within.

The actress also made headlines recently as excitement drums up for her new romance K-drama “Now We Are Breaking Up,” which marks her long-awaited return as South Korea’s undisputed “Queen of K-drama.”

Based on the official posters and insights shared by Soompi, Song’s new drama circles around the themes of love and breakups set against the backdrop of the fashion industry. Taking on the role of Ha Young Eun, a hard-headed fashion designer, Song once again promises to deliver stellar performance with her versatility and natural wit. Meanwhile, her co-star Jang Ki-yong star as Yoon Jae Guk, a freelance photographer who found his way into the highly-pressured fashion scene.

“Now We Are Breaking Up” premiered last November 12 at 10:00 p.m. KST and will be available worldwide with subtitles through Viu. — Video from Viu Singapore via YouTube

Share
Previous Kenney says he feels more confident in his leaderhip following UCP convention
Next Workers want a flexible future at work. What do employers want?