Sounding the death knell for POGOs 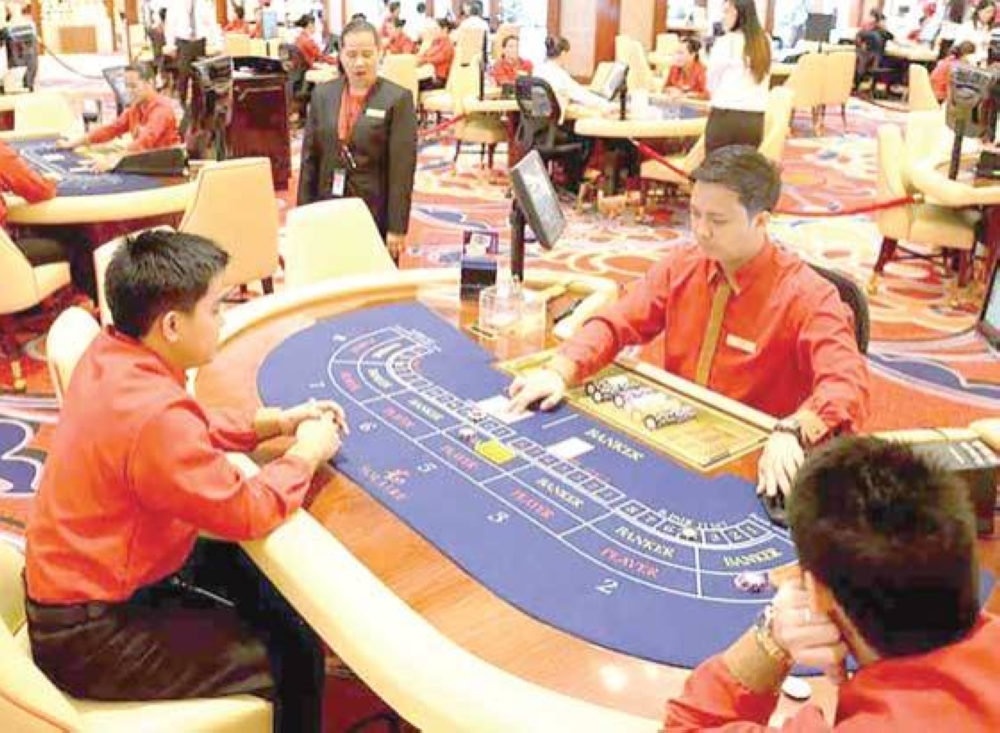 NEXT week, the Senate starts a hearing to determine how a ban on Philippine Offshore Gaming Operators, or POGOs, will impact the economy.

The clamor to send POGOs packing has been growing in recent days, highlighted by the order of the Department of Justice (DoJ) to close down 175 of the gaming operators for alleged involvement in criminal activities.

The DoJ also said about 40,000 illegal Chinese workers employed by POGOs will be deported.

It's a complete turnaround from the grand welcome accorded to the offshore gaming operators in 2016, when they were first allowed to set up shop here by the Duterte administration.

In the years that followed, POGOs flourished, and at one point brought in more than 300,000 Chinese as employees.

The government found a cash cow in POGOs; in 2020 the gaming firms plowed a hefty P7.2 billion into the national coffers. The country, in turn, offered a haven for the gaming operators who were driven out of China when Beijing decided to ban gambling.

The Covid pandemic and higher taxes put an end to what seemed like a seamless partnership as many POGOs decided to take their business elsewhere.

The heyday was over, and the cash cow turned into a social delinquent.

The operators were also implicated in money laundering, prostitution and the kidnapping and murder of Chinese. And the Bureau of Internal Revenue went after POGOs that refused to pay at least P50 billion in franchise taxes.

It also didn't help that Beijing was pushing the Duterte government to crack down on offshore gaming operators that illegally employ Chinese.

Ahead of next week's Senate hearing, the death knell for POGOs appears to have been sounded.

Sen. Grace Poe believes the social costs of harboring POGOs are “too high.”

“As much as we need the income, I don't think we are desperate enough to say that 'Never mind the cost. Let's just go with this',” the senator said.

Finance Secretary Benjamin Diokno has no qualms about shutting down POGOs. For one, the revenue from the gaming operators has been on a slide, from the peak of P7.2 billion to P3.9 billion last year.

POGOs also tarnish the country's reputation, Diokno said. “People will ask why are they [POGOs] going to the Philippines, it is discontinued in China… Maybe because we are loose, we are not strict in our rules.”

Albay Rep. Joey Salceda sees things differently. Banning POGOs is too extreme a move, he said, and proposes an “orderly and systematic” approach to the problem.

“The social cost will be worse if you ban POGOs. You will drive down an entire industry that you cannot prevent because the future is digital,” Salceda argued.

He warned that closing down gaming operators would force them underground, beyond the reach of authorities.

“It's one of those drivers of the economy that we should not take for granted,” Leechiu said. “Yes, there are problems but what business does not have a problem?”

Although the Justice department has ordered the closure of questionable POGOs and the deportation of Chinese POGO workers, it has not decided whether it would support a POGO ban. We can only assume that it is waiting for the outcome of the Senate hearing before making a decision.

The government gaming regulator, the Philippine Amusement and Gaming Corp., meanwhile, is on the defensive, saying that the Chinese and other foreign nationals reportedly involved in illegal online gaming “are not in any way related to legitimate” POGOs.

Be that as it may, the reasons to close down POGOs are far too compelling to ignore. Clearly, the country is better off without them.